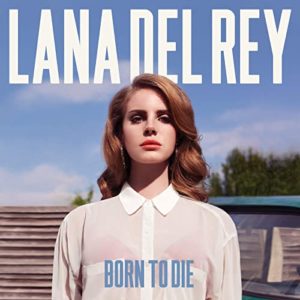 It has been a while since I honored my resolution to pick up some new music. Thankfully I got a few requests in last week, and today’s featured artist is one I’ve only heard in passing. My ignorance is not the normal however, as she has sold nearly fifty million albums worldwide.

Elizabeth Woolridge Grant was born on June 21, 1985 in Manhattan, New York. Mom and dad both worked at a very prestigious advertising firm—and it’s fair to say the family was well off. When Elizabeth was just one year old, the family got out of the rat race and moved up to Lake Placid where dad became an entrepreneur and mom worked as a schoolteacher. Elizabeth attended a Catholic grade school where she would begin singing in the church choir. In high school, she started drinking which caused her parents to enter her into a boarding school. While she had a rough go through school, she made it through and moved to Long Island to live with family. Her uncle taught her how to play guitar and Elizabeth began writing songs and performing in night clubs around the city. She’d play under silly monikers, never taking it seriously as she never felt it would turn into an actual career.

She enrolled at Forham University to major in philosophy with an emphasis on metaphysics. The issues that plagued her growing up, she wanted to confront head on with education—the trouble reconciling life and death. While in college she met a producer for a small label, put together some demos, and got her start in music…but she didn’t pursue it at that moment. She finished school and performed community service throughout the U.S. It was after this time that she realized music was her passion.

Elizabeth needed a stage name, and that’s where Lana Del Rey was born—a nod to the time she spent in Miami speaking a lot of Spanish. Inspiration came from actress Lana Turner and the Ford Del Rey sedan sold in Brazil in the ‘80s. In 2011, she was signed to a major label and dropped her sophomore album Born To Die. She’d recently garnered some attention by dropping singles—and the exposure helped immediately. The album spent over 300 weeks on the Billboard 200, peaking at #2. It sold seven million copies in the first two years and is approaching twenty million today.

It’s probably fair to say that many would label Lana’s music simply as ‘pop’—but I’m not sure that’s a reasonable explanation for her genre. She’s got this old-school crooner type tone, perhaps similar to an Amy Winehouse of more recent fame. It feels her style is simply her own, blending alt-pop, hip-hop and psychedelic all into her own little world.

Whenever things go back to normal, I’ll be excited to put this on and listen with my more intimate headphones I left at the office because it seems to have this atmospheric, cinematic quality to it that simply doesn’t come across over speakers. The album overall probably isn’t perfect, there are a couple of duds here—but top to bottom, it’s a lot more than I was expecting. This isn’t the latest Taylor Swift upbeat record, it’s the type of music that frankly anyone who likes music can put on, and find a track or to that they vibe with. It’s got more Pink Floyd quality than modern pop.

Del Rey’s influence is heard all over music today, with artists like The Weeknd, Billie Eilish and even Miley Cyrus citing her as a major influence. She took something called ‘sadcore’ and put it in the modern arena. The Washington Post even listed her as the sole musician on their “Decade of Influence” list, and various other publications have praised her songwriting and vocals. Give this one a shot today, I really don’t think you’ll be suffering from anymore summertime sadness. Happy Tuesday!