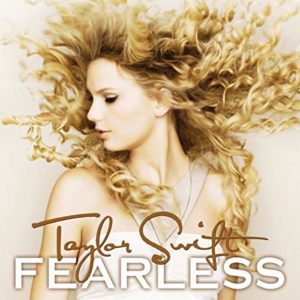 Fame and fortune can sure come on quickly for some. One day you’re moving to Nashville to think about a career and the next you’re net worth is nearly half a billion dollars. Today’s act in unquestionably one of the biggest acts in the last decade—even if her music may not be something I’d normally throw on.

Taylor Alison Swift was born in 1989 in Reading, Penn. Dad was a stockbroker for Merrill Lynch and mom was a homemaker who had been a mutual fund marketing exec. Taylor was named after famed folk singer James Taylor, so music was impressed upon her at birth. At 9 years old, Swift became interested in theater and performed for a youth academy. She would frequently travel to New York City for acting lessons as well. It all changed when she heard Shania Twain’s music and she switched from wanting to be an actress to wanting to be a country singer.

Even at that young age, she began performing at local festivals and events. Swift caught a documentary about Faith Hill and became convinced she needed to go to Nashville to pursue her career in full. At age 11 she traveled to Tennessee and submitted a demo tape of Dolly Parton and Dixie Chicks covers. She was rejected, but not deterred. At 12 she started learning guitar and started dabbling in writing her own material. Her first break came as an Abercrombie and Fitch model which included her performing an original song for the brand. She got a development deal with RCA and moved to Nashville full time at 14.

Eventually she started taking more classes and networking. At age 14 she left RCA and began feeling like her time was running out to capture her fame. She met an exec from DreamWorks who was branching off and starting his own label. Swift’s dad liked the idea of her being the first artist, and invested for a 3% stake in the company. Her eponymous debut was released in 2006 and it peaked at #5 and spent 157 weeks on the Top 200.

Today I’m listening to her sophomore work, Fearless which was released two years later, in November of 2008. The album would spawn five radio singles and has sold over 20 million copies to date. She had the best-selling album of 2009 at over 3 million copies— and since Swift was only 18 years old at the time, she has the distinction of being the youngest artist in history to have a year’s best-selling record. Fearless is also the most awarded album in the history of country music. Swift won album of the year at the Grammy Awards, AMA’s, CMA’s and the Academy of Country Music Awards. Winning the Grammy at age 20, she also became the youngest artist to ever win that award.

Calling this country music is extremely misleading to me. I may not be the biggest country music fan in the world, but it’s easy to hear the general pop nature of the record. A couple tracks have a more country feel, but Taylor Swift is about as poppy as it gets. She has undeniable talent though, and her vocal really shines on every single song. Swift’s songwriting is her signature and it seems she wears her heart on the sleeve in her lyrics on every record. Because of that openness in her music, she’s one of the most criticized, yet popular acts in the business. Fearless for me, listens like a girl pouring her heart out about life and the general issues many people face. Obviously it’s the perspective of a 17/18 year old girl—which leads you down a path of asking more questions, but if you simply take it at face value, it’s a great effort by Swift.

Taylor is literally everywhere today. She’s one of the most followed people on social media; she’s gotten involved in politics and endorses various products. She’s been extremely charitable with her fortune, most recently donating hundreds of thousands to the Time’s Up initiative. Music almost seems second for her now, but her most recent release in 2017 was still a smash hit. This isn’t my normal Tuesday go-to, but give it a shot today. Haters may hate, hate, hate your choice, but stay fearless. Happy Tuesday!