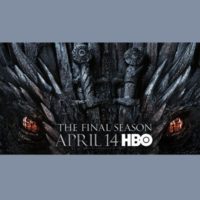 What does your favorite Game of Thrones character say about you?

By Guest Blogger on April 11, 2019 in TDS TV
We’ve all taken personality tests. You probably know your Myers-Briggs type, your DISC assessment, and even your Hogwarts house (Hufflepuff forever!), but do you know what your favorite Game of Thrones character says about you? Before we close the door on the final season of the HBO hit, let’s revisit some of Westeros’ remaining power players and see you can apply their hard-earned lessons to your own life.
Read full story 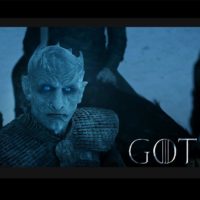 Winter is coming—and so is the end of the HBO/Cinemax half-price sale!

By Missy Kellor on July 6, 2017 in Products, TDS TV
In all seriousness, it's probably the best time EVER to sign up for HBO or Cinemax. Both are half price (but only until the end of the month!) and, if you call now, you still have time to binge watch Game of Thrones before the new season begins!
Read full story

By Guest Blogger on April 21, 2016 in CatchTV, Online Life, TDS TV
With only ten new episodes a year, Game of Thrones can leave even the casual fan wanting more. Luckily, the world of Westeros expands far, far, far beyond the TV show. We have 11 easy ways to get your Thrones on.
Read full story

By Guest Blogger on April 11, 2016 in Online Life, TDS TV
Coming to TDS TV on Demand: "The Revenant" which scored multiple Oscars, including Best Actor, Best Director and Cinematography—making it one of the top films of 2015. Other upcoming standout programs coming to a TV near you include the spy thriller "The Night Manager," Ken Burns' new documentary, "Jackie Robison," and a new season of "Unbreakable Kimmy Schmidt."
Read full story

By Guest Blogger on August 3, 2015 in TDS TV, TV
This week, TDS TV On Demand brings you the blockbuster "Insurgent," the comedy "Hot Pursuit" and the critically acclaimed "Far From the Madding Crowd." On the tube, don't miss the final week of the long-running "The Daily Show with Jon Stewart."
Read full story