It’s not hard to pick the highlight for upcoming films coming to TDS TV on Demand. “The Revenant” scored multiple Oscars, including Best Actor, Best Director and Cinematography – making it one of the top films of 2015. Other upcoming standout programs include the spy thriller “The Night Manager,” Ken Burns’ new documentary, “Jackie Robison,” and a new season of “Unbreakable Kimmy Schmidt.”

The Revenant
Brutal, exhausting, exhilarating. “The Revenant” tells the vengeful story of a frontiersman (Oscar-winner Leonardo DiCaprio) left for dead in middle of winter by the man who killed his son. It’s a harrowing, intense story—both physically and emotionally draining. In addition to DiCaprio, the cast is excellent, particularly Tom Hardy (who was also nominated for an Oscar). Available 4/19

The Forest
A woman goes to Japan’s Aokigahara Forest (also known as the Suicide Forest) to find her missing sister. Part mystery, part psychological horror, “The Forest” is a creepy – if at times – confusing tale. Natalie Dormer, from TV’s “Game of Thrones,” stars. Available 4/12

Norm of the North
Mildly diverting animated film for the younger kids—older children and adults will likely want to steer clear. “Norm of the North” is about a polar bear who, along with his three lemming pals, travel to New York to save his Arctic home. Available 4/19

The Lady in the Van
Veteran Maggie Smith is outstanding as an eccentric homeless woman living in a van (as you would expect from the title) who forms an unlikely bond with a writer. This is one of those wonderful ‘small’ films – a story blessed with simplicity, a keen wit, sharp humor and great performances. Available 4/19

Jackie Robinson
Ken Burns turns his story telling chops to this two-part documentary about the life of the legendary Jackie Robinson, the first African American to play in the Major Leagues. The film is a great piece of Americana. “Jackie Robinson” debates on Monday, April 11, on PBS. The finale will air on Tuesday, April 12. 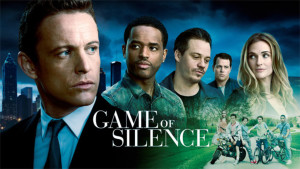 Game of Silence
10-part series about five childhood friends who are haunted by a mistake that landed them in a reform-school-from-hell as teens. 20 years later, a chance encounter sets them on a course of revenge. “Game of Silence” suffers from a lack of originality at times, but it makes up for it with a taut and engrossing script. Tuesday, April 12, NBC.

Strong
Pro volleyballer Gabrielle Reece hosts this new fitness competition, courtesy of producer Sylvester Stallone. The show is not just focusing on fitness, but toughness as well. So expect a more rugged (and hopefully dramatic) affair. “Strong” debuts on Wednesday, April 13, on NBC.

Unbreakable Kimmy Schmidt
One of TV’s quirkiest (and best shows) returns for another year. 30-year old Kimmy, played adorably by Ellie Kemper, must navigate the world of New York City after spending most of her life held captive by a doomsday cult. “Unbreakable Kimmy Schmidt” nabbed seven Emmy nominations for its inaugural season, so binge watch season one if you haven’t – and enjoy another dose of Kimmy when all episodes of season two drop on Friday, April 15, on Netflix.

Containment
Drama about a mysterious and deadly virus that sweeps through Atlanta resulting in a mass urban quarantine that threatens to tear the city apart. Tuesday, April 19, The CW.

Game of Thrones
Is Jon Snow really dead? Can Dany free herself and reunite with her growing dragons? Just who is control in Kings Landing? Find out with the return of one of the best hours of drama and action on television. Season six kicks off on Sunday, April 24, on HBO.

“Full Frontal With Samantha Bee” has been extended for a full 26 episodes for this year by TBS. Expect the well-received talk show to be renewed for another season.

Sookie is coming back! Melissa McCarthy has agreed to reprise her role as Sookie St. James on Netflix’s “Gilmore Girls” revival.

Fox has renewed newcomers “Rosewood” and “Lucifer” for second seasons.

HBO will produce an adaptation of Gillian Flynn’s novel “Sharp Objects.” Amy Adams will star as a journalist who returns to her hometown to report on a series of murders.

Tech news roundup for April 8
Be careful what you type: scams (and malware) lurk in misspellings