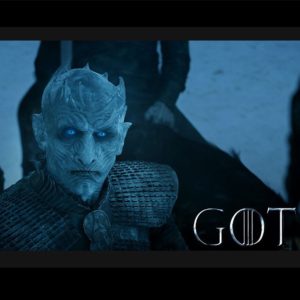 Winter is coming—and so is the end of the HBO/Cinemax half-price sale!

If you’ve ever considered watching Game Of Thrones, and/or you’ve read the books, and/or someone in your life (or two, or three) has told you that you’d love it—now is the time to add HBO®.

In all seriousness, there’s probably never been a better time. You’ll save half price for a year on your subscription when you order now, AND you still have time to binge watch the previous seasons before the premiere.

Heck, even if you don’t have time to catch up, it doesn’t matter—when you order HBO you’ll have access to ALL the seasons and the new episodes to watch at your leisure. (Note: we do have this binge-watching guide if you want to take a shortcut to season 6.)

And beyond Game of Thrones, you’ll love what HBO has to offer. Ballers, starting Dwayne Johnson, Andy Garcia, and Rob Corddry returns on July 23rd. There’s also the award-winning Veep and The Leftovers.

Not convinced? Try before you buy. Check out lots of free episodes here.

Beyond HBO shows, there are all the movies. Loving, The Accountant, Hacksaw Ridge, Keeping Up With the Joneses, and Miss Peregrine’s Home for Peculiar Children are all new to HBO (but of course, there are many more).

Speaking of great movies and shows, Cinemax® is also half price through the end of July!

There’s Outcast, The Knick (directed by Academy and Emmy Award-winner Steven Soderberg), and Banshee (from the creator of True Blood).  Hot tip: You can watch the  pilot episode of Outcast online for free by heading to the Outcast webpage.

Plus, on Cinemax you can catch American Sniper, The Divergent Series: Insurgent, Exodus: Gods and Kings, Krampus, The Last Witch Hunter, and Focus, just to name a few.

At regular price, HBO and Cinemax are already a great deal (think about how much the movies would cost to see in the theater!). At half price, it’s an amazing one!

Southeastern Wisconsin TDS TV® customers: channel negotiations underway
4 ways to get the most out of Amazon Prime Day