If you’re not familiar with ska music in general, this is a great introduction. It’s faster tempo, upbeat styling with lots of brass, bass and drums. How can you resist that? For $5 dollars today, give a new genre a try and enjoy the ride.
Read full story

Some groups toil away for decades and never quite find that right balance of good music popular enough to move the needle. Today’s band struck early and often, lasting a short amount of time, but getting all the accolades the three-decade band could ask for. Their self-titled album won a 2004 Grammy Award for best hard rock performance and has sold nearly 10 million albums worldwide. Today, you can score this great listen for only $5.
Read full story

When you think of great trios in music history, today’s band wouldn’t even enter into the discussion. Why? Because of their name—you may be lead to believe they had five members creating their piano-heavy sound. Lest you continue to be misled by such naming shenanigans, we'll give you all the info so you can be in the cool kids group.
Read full story 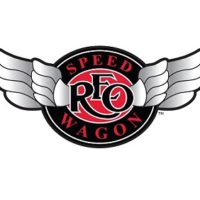 There are a couple tracks you still here on classic radio today, and they’re pretty catchy. I think if you’re looking for a signature pop album from the early ‘80s, you may not find a better example than this. It’s toe-tapping and one you can crank up in the car and sing along if you want. Just don’t do it with the windows down, at risk the car next to you will make fun of you the rest of the day.
Read full story

There are certain bands it seems everyone knows. You can say the name and instantly everyone starts to think of their favorite song and begins singing the lyrics. Today’s band is right up there in that regard, with a nearly three decade career still going strong.
Read full story

In 2001, music sharing sites were incredibly popular, and John Mayer benefited from his album being one of the more shared albums that year. The major labels took notice to his Internet popularity, and overnight, he went from an online-only album not making much money, to being signed to Columbia Records to a mass-distribution deal. To date, the album has sold over 6 million copies worldwide and you can score it today for only $5.
Read full story

Cheap Tunes Tuesday: The Presidents of The United States of America

By no means is this on the same scale as Nirvana or The Beatles—but boy is it just an interesting, easy listen. If you’re looking for some intense lyrics with a message, or something deep to force you to drift away in thought—this isn’t the one to pick up. But if you simply want to have the day pass by a little quicker, the riffs and beats of nearly every track will certainly have that impact.
Read full story

Like many folks of a younger generation, your first exposure to Joe Cocker may have been the theme song of the television show "The Wonder Years" but he was around long before then. On this 1969 album he lent his raw and emotional vocal style to many songs and made them his own (even with the blessing of Paul McCartney). For only $5, you can get a bit of musical history and a great listen.
Read full story

After fifteen seasons, American Idol will end after declining ratings. Thousands of artists got a chance to make it big all from a simple audition in a sports arena all over the U.S. and today’s artist got it all started, way back in season one. Her sophomore album showcases her amazing voice and proved she had what it takes to be more than just the next pop star.
Read full story
1 2 3 Next →