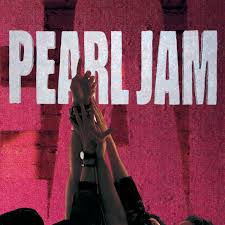 There are certain bands it seems everyone knows. You can say the name and instantly everyone starts to think of their favorite song and begins singing the lyrics. Today’s band is right up there in that regard, with a nearly three decade career still going strong.

In the mid ’80s a band called Mother Love Bone was making waves as a pioneer in the grunge movement. That all came to an abrupt halt when the lead singer died of a drug overdose in early 1990. The remaining members of the band used it as an outlet to start writing edgier, harder material. Needing a new singer, they were given the resume of Eddie Vedder, who’d been singing for a smaller band and working at a gas station at the time. Eddie was happy to accept, and Pearl Jam was on its way. The new marriage was quickly affirmed when Vedder added his own lyrical twist to some of the tracks, focusing on topics like depression, homelessness and abuse. Since the band was in a bit of a dark place to begin with, the bond was instantaneous.

Their debut album Ten was released in August of 1991. It took until late 1992 before it really generated any buzz, which coincided with the release of the single “Jeremy.” After major radio stations all across the U.S. picked up the track, the album would skyrocket to #2 on the Billboard 200 chart.

Recording only took a couple of months, mostly because the band had already written a majority of the material. They were also dealing with tight deadlines because two of the band members were suffering personal problems, one of them checking into rehab immediately after the album was wrapped up. Guitarist Mike McCready has said in more recent years, “We knew we were still a long way from being a real band at that point.” Here was a group of guys mashed together, made a record in a short amount of time and it became a huge hit, selling over 20 million copies worldwide.

It’s hard to listen to this and not be thrown back into the early ‘90s. The songs are so powerful and memorable, it’s almost like you can pinpoint the exact moment when you first heard them. It’s an album full of grunge anthems—ones that still hold their weight today. You could stack up any song Pearl Jam has written in the last five years against these and not know which were new.

I’ve talked about Pearl Jam before on the blog, and how timeless their music is. I won’t go into that a ton again today, but I’d highly encourage you to give this one a listen again today. Taking into account all of what they were going through, and how quickly this all came together, it’s amazing how such an influential album was created. It truly is music history.

I can’t imagine you’ll find a better album on the Amazon list today—or a higher selling one. Give Ten  a go for $5 bucks; you’ll be happy you did.

Seen on Pinterest: Outdoor Areas We Adore
How to Optimize Your Wi-Fi Signal