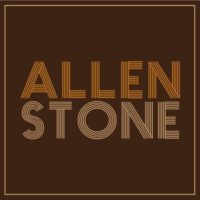 Celebrities like Ellen DeGeneres and Conan O’Brien have had him on their shows multiple times and seems to really enjoy not only his music, but his overall personality. It’s likely just a matter of time for Stone—he’s got all the qualities you look for in an up-and-comer, he just needs that one big single to break radio and he might be a name we’re all talking about for a good while in the future.
Read full story

There wasn't a hotter act in music, TV and film than today's featured artist back in 1996, the year of the original "Independence Day." In fact, you could almost argue Will Smith pioneered what’s referred to as the “pop-rap” genre back in the ‘80s. Whether you like your Will Smith with Jazzy Jeff, with Uncle Phil and Carlton, or with his family in modern day, there is something on this album for you. Today, you can score it for only $5.
Read full story

Sonic Youth did a remake of the Carpenter hit “Superstar,” which may have been your only real introduction to the band. If you take a listen to the original though, there’s no denying the songwriting talents of Richard and the vocal ability of Karen. The Carpenters were one of the most recognized acts of the ‘70s, but appears to be lost among the current generation—but today you can give them a try for only $5.
Read full story

Linkin Park is officially labeled as nu metal, but you'll also hear rap metal or alt metal as genre descriptions. It's heavy rock, with a totally different take on vocals. You get lead-singer Bennington’s classic hard rock voice and the backup singer doing a Roots style rap. It was so unique to the mainstream; Linkin Park often gets credit for creating the category. You can score their ground-breaking album today for only $5.
Read full story

Supergroups tend to be an amazing idea on paper, but once the music hits the airwaves, they don’t live up to the hype. Today’s band was certainly legit, but they don’t perhaps get the recognition they deserve. With over 20 million albums sold worldwide, it’s a bit surprising they aren’t more of a household name.
Read full story

You could probably make a list of bands who benefited from the Nirvana grunge revolution, and Soundgarden would certainly be one of them. They started with a small cult following, were then “discovered” by the masses, and produced one of the best albums of the ‘90s—Superunknown. Today that top-selling, and still awesome, album can be yours for $5.
Read full story

Today’s band was always ‘the next big thing’–referred to as the “next Jane’s Addiction,” then the “next Nirvana,” then the “next Pearl Jam.” While somewhat flattering to be compared with those great groups, all this band wanted to do was step out of that limelight and become their own household name. They succeeded in spades and you can score their second album today for only $5.
Read full story

Sometimes big things come from small places. That's the case for today's group who, despite being from a country only 175,000 square miles, achieved world-wide fame. Their third studio effort held a track that rocketed them to fame after being featured on television shows and a very popular movie. Today, you can score the whole album for only $5.
Read full story

It’s easy to call this one of the greatest records of all time – because it is. Licensed to Ill is fun, feels good to listen to, and was brilliantly produced. The Beastie Boys truly did it first, and that’s what makes this so iconic. Today you can gift yourself a dose of that fun for only $5.
Read full story
1 2 Next →