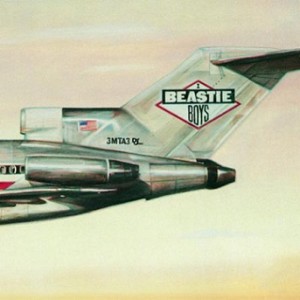 Who would have ever guessed three guys from New York would change an entire genre of music forever? With backgrounds in jazz, hardcore rock, and punk rock bands, it could be argued that the initial concept of the band was more of an experiment than an honest effort to sell albums. But many 5-star ratings and 15 million albums later, it wasn’t only an honest effort, but one that put hip hop on the map.

Mike Diamond, Adam Yauch and Adam Horovitz had spun off an existing band with female drummer, Kate Schellenbach, back in the early 1980s. The idea was to change the sound entirely, moving toward a hip-hop vibe. The first track created was based on a prank call by the group to Carvel Ice Cream in 1983 called “Cooky Puss.”

The track was successful and they began playing it in their sets during local shows. It also caught the ear of folks at Def Jam Records, a brand new label at the time. Kate decided to leave the band to explore other options, and the three piece rap trio Beastie Boys was born. They each decided to take new monikers – Mike D., MCA and Ad-Rock, names that would identify the group until their end in 2012.

Their debut album Licensed To Ill was released in November of 1986. Not only was it the first rap LP to top the Billboard album chart, but it was also one of the fastest-selling debut albums in record history – being certified platinum by the RIAA February 2nd, 1987. It would eventually hit diamond status on March of 2015.

Not uncommon in the hip-hop scene even at the time, 10 of the 13 tracks contained samples from older rock and R&B songs. Many of the songs sampled multiple tracks to form one big mash-up single. Producer Rick Rubin, who had a great ear for these types of mash-ups, united with the obvious talent of the Beasties, was a fantastic mix. The album was a never-seen-before blend of hip hop, comedy, rock, punk and just an overall feeling of having fun in the studio. All of it combined has made one of the most intoxicating sounds of the era.

It’s easy to call this one of the greatest records of all time – because it is. People who don’t like rap, or who don’t like punk, can agree on Licensed to Ill simply because it’s fun and feels good to listen to. The Beastie Boys truly did it first, and that’s what makes this so iconic.

Seven of the tracks were certified singles, many of them capitalizing on the newfound MTV age, creating hilarious music videos. I’ve owned this album for probably 20 years, and it’s certainly stood the test of time. I go back to it probably 3-4 times a year when I need to throw something on I can jam out to.

Adam “MCA” Yauch passed away in May of 2012 due to cancer. The pure number of artists that paid tribute goes to show the impact the Beasties had on the industry. Out of respect for MCA, the band no longer tours or makes music. So go back to their debut today, and give yourself a dose of fun for $5 bucks.