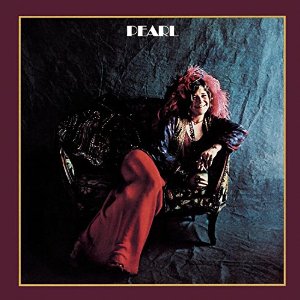 Using descriptive words like “legend” and saying someone had a huge significance on the music industry can sometimes be more of a polite hat-tip to a hard worker than actual truth. For instance, we look back into history and argue because a band was doing something for such a long time, they were influential to someone who came later. However, in the case of today’s artist, not a single person would argue the words of high praise aren’t truth and that she may well may be the most powerful female recording artist of all time.

Janis Lyn Joplin was born in Port Arthur, Texas on January 19th, 1943. Born to a mother who worked at a business college, and a father who was an engineer at Texaco, Joplin was the oldest of three children. Her parents always felt Janis needed more attention than the others, saying normal interaction was never adequate for her. As a teenager, she befriended a girl at school who had been known as an outcast. The girl was big into blues music, which she played for Joplin. Janis credited those albums and her friend as getting her into music for the first time. Joplin began singing in a local choir and began expanding her listening to all types of music and singers.

While Joplin got her beginnings playing in different bands, and working with so many popular artists in the 60s and 70s, I’m choosing to focus on her final album of her solo career today. Pearl came out in January of 1971, three months after Joplin’s death. It was named as such because Pearl was a nickname given to her by her friends. It would be the only album she record with her backing group, the Full Tilt Boogie Band, whom she’d most recently toured with.

The album, partially due to her death, was an instant success. It peaked at number one on the Billboard 200, and would hold that spot for nine weeks. To date, it has sold over 7 million copies worldwide. All nine tracks were arranged and approved by Joplin herself. It was a much more polished record than anything she’d done with her previous two bands. This was mainly due to her desire to work with Paul Rothchild, who’d produced albums for The Doors. He was credited to making sure Joplin’s vocals were the major highlight of the album, which was a great decision.

I’m not sure I could run out of positive things to say about this album. It’s is as close to a masterpiece as you can get. It’s number 122 on the 500 greatest albums of all time, and has almost unanimous 5-star reviews. When you listen to it, it’s very easy to hear why. If you’ve never heard Janis sing, her voice is not only unique, it’s also absolutely amazing. She makes every word have emotion, no matter if it’s aching passion or a funky version of the blues.

Perhaps the most highlighted track is an a cappella song “Mercedes Benz” which would go on to be the last song she recorded before her death. Track 5, “Buried Alive in Blues” would go on to be an instrumental only, as Joplin was scheduled to add her vocals in the studio the day she passed away.

Her passing (which was a couple weeks after Jimi Hendrix) truly shook not only the music industry, but the whole world. It leaves fans wondering what more she could have done as an artist, and what her presence could have to empower women in a male dominated industry. I can’t tell you how much Pearl is worth $5 bucks. Please give it a listen today.