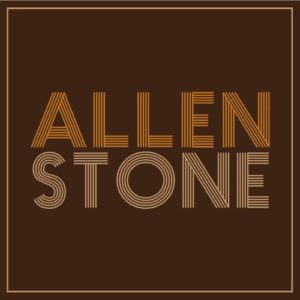 This is probably known by most of the readers of this blog, but I love hearing new music. If I can get introduced to something new that gets my toes tapping, I’ll obsess over it for a few weeks straight. A recent addition came across my Spotify account and it’s exciting to share it today!

Allen Stone was born in Chewelah, Washington in March of 1987—a city near Spokane. As many singers do, he got his start by harmonizing with the local church vocals. Maybe one unique aspect of his experience, his father was a preacher at the church and he began singing within the choir at age 3. As a teenager, Stone began leading the worship and playing guitar in front of the entire congregation. At that young age, he realized being able to express himself in front of the masses was a big draw.

Around age 15 Stone discovered soul music in the form of Stevie Wonder. He was childhood friends with another Washington-based artist who had put out a couple albums, so after conferring with her, Stone decided to go all-in and become serious about a music career. After spending a year at a community college studying religion, he made the move to music-mecca Seattle and began his journey.

The only problem with being excited and eager to begin was not having any backing. Stone found himself in that precise situation. Not wanting to hold off, he self-released a couple records and today I’m listening to his Self-Titled sophomore record from April of 2011. In a strategy that rarely works, he began generating some buzz—even peaking at #2 on the R&B/Soul charts on iTunes.

Stone’s work ethic is the epitome of the word grind. He was touring cross-country constantly and making appearances on various late night shows to garner any full scale record deals. In 2012 he collaborated with Macklemore off their smash hit album The Heist, which helped open some eyes. A larger label picked up on him and redistributed the Self-Titled record nationally shortly after. Recent sales were still slow, but the album is at nearly half a million worldwide.

Stone has picked up a deal with Capitol Records and released his first commercially available album in 2016. While he’s maybe still waiting for that huge break, he keeps putting himself out there on television shows and film, offering soundtrack-style work. He was also recently featured as a mentor on the most recent ‘cut round’ on American Idol.

Listening to him, he’s incredibly easy to like. Such a smooth vocal—it’s soul and R&B in the most complimentary fashion. He’s got this throwback quality to his voice and tempo, yet the style is unmistakably current. Celebrities like Ellen DeGeneres and Conan O’Brien have had him on their shows multiple times and seems to really enjoy not only his music, but his overall personality. It’s likely just a matter of time for Stone—he’s got all the qualities you look for in an up-and-comer, he just needs that one big single to break radio and he might be a name we’re all talking about for a good while in the future.

Many like Allen Stone have come and gone—and because of the pop/soul genre being so limited in exposure, it’s easy to overlook similar artists. Give Allen Stone a shot today—it’ll certainly get your toes tapping—but it might also take you back to some of the classics from back in the day. He has a very solid Bill Withers meets James Morrison type vibe, with maybe a touch of Marron 5 mixed in. Very unique and very fun!