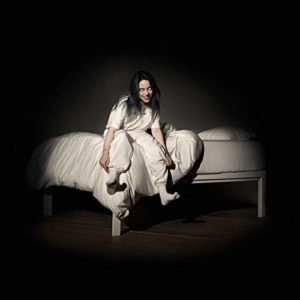 As much music as I listen to, when a new name pops up on my radar I’ll give the featured track a listen. Nine times out of 10, that artist tends to disappear and that one track doesn’t turn into a full record. Today’s featured artist has been popping up over and over (and over) on my radar, and I’m quickly finding out how popular she is.

Billie Eilish Pirate Baird O’Connell (yes, you’re reading that right—the word pirate is in there) was born in December of 2001. Growing up in the Highland Park area of Los Angeles, both mom and dad are part of the entertainment industry. Billie was homeschooled and joined the Los Angeles Children’s Chorus around age eight. She began singing before that and began writing songs at age 11. Her older brother Finneas seemed to be her main inspiration, as he was performing and producing songs for his own band. Billie saw that and got the itch to do the same, collaborating with her brother on almost everything today.

In October of 2015, Billie recorded the track “Ocean Eyes” written by her brother for his own band. Billie sent it to her dance teacher who would help choreograph a dance to it. The single released on Soundcloud in November of 2016 and was quickly certified platinum by the RIAA and peaked at #84 on the Billboard Hot 100.

After such major success on her first try, Billie kept at it by leaking singles and remixing her popular track. In July of 2017, she released one single every Friday, collecting enough tracks to release an EP. Virtually everything she released reached, at minimum, certified gold status. Finally her first studio album was released in March of this year titled When We All Fall Asleep, Where Do We Go?

Billie and her brother co-wrote nearly the entire record and he handled all the production. She set out to make an album that defied conventional genre labeling and it was recorded in her studio apartment. When asked why it wasn’t recorded in a studio, Billie and her brother claimed that how her bedroom and bathroom affected vocals was second to none—but also noted how expensive studio time is. In six short months, five tracks have been released as commercial singles and the album as a whole has received nothing but praise. She’s managed to top the charts in twenty different countries including reaching #1 on the U.S. Billboard 200.

To say this is unique would probably be the biggest undersell I ever typed. I genuinely get excited about genre-bending music, and for that reason, I’m very intrigued by this. I guess you could slap the pop label on this, but it’s got an avant-garde quality to it. There are certainly some heavy elements of electronics here too, almost with a slowed-down EDM feel.

The tracks I initially heard on the radio seemed to feature Billie with a more talking vocal, but a couple tracks feature her singing voice, which is very solid. The intimate recording sessions seem to give you a layered affect over the headphones which is actually really neat. You can hear all the light intonations in her voice and even her emotions like a slight giggle or whisper—the set up seemed to catch everything.

Ultimately Billie Eilish is just getting started. The first album here seems to be a success six months in, but it will be fascinating to see where she goes from here. The positive about setting up shop across 20 genres is you can keep up that feverish pace or focus on one going forward and continuing to switch it up. Billie is diversifying with clothing and other things, but I’m just going to pay attention to the music. This album is solid enough to reel me in for the next couple releases. Don’t be the bad guy and give this a shot today; it may become your strange addiction.