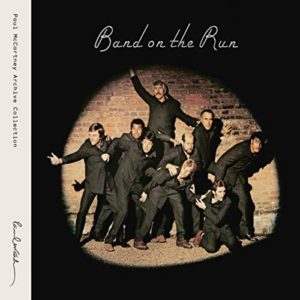 When an iconic band decides to call it quits, you would typically think that’s nothing but a negative for music fans. However, sometimes a phoenix arises from the ashes—in this case a group not quite as iconic, but still gets the toes tapping. Today’s band came from The Beatles break up, so obviously it had big shoes to fill.

When The Beatles broke up in 1970, Paul McCartney went solo. He released two albums and credited the second to himself and his wife Linda. Despite that she didn’t have any previous experience as a musician, when they got married he insisted she became a part of his work. This was partially so she could join him as part of the touring process. After the two solo projects, McCartney decided to form a group.

Paul worked with session drummer Danny Seiwell and offered him a part, and he also extended an offer to guitarist Denny Laine of the Moody Blues, who Paul had known for a decade. With Linda on keyboards, they appeared to be set. It didn’t take long—they hit the studio immediately and released their first album in December of 1971. They went with the name ‘Wings’ for a band name which stemmed from Linda giving birth to their second child. There were various complications during delivery and as Paul prayed, the image of wings came to his mind.

After the first release did okay, the band wanted to set higher expectations. They took a year to figure some things out and got back into the studio. Their second album was released in April of 1973 to similarly mediocre fanfare. Wanting to shake things up, McCartney asked to record the third album in Lagos, Nigeria. Just prior to departure, Seiwell and added guitarist Henry McCullough left the group. So Paul, Linda and Denny made the trip and found conditions to be sub-standard. They were also held up at knifepoint and robbed of unfinished lyrics and demo tapes. Deciding to return to England, they finished the record and Band On The Run was released in December of 1973. Upon release, the album received favorable reviews, but sales were a bit slow. It wasn’t until April of ’74 when the title track single hit radio airwaves and became a smashing success. The album to date has sold roughly 10 million worldwide.

In terms of style, this one feels very similar to a Beatles record. Not only just because Paul’s vocal, but because the way the tracks are laid out, it has an almost “Sgt Peppers” vibe going on. It would be nominated for two Grammy Awards, winning one. It sits at number 75 in Q Magazine’s 100 Greatest British Albums Ever list and Rolling Stone has it #418 on their top 500 of all time.

Listening to it today, it’s easy to understand the accolades. Some critics hailed McCartney’s use of a synthesizer on the album, crediting him as the first to use it toward an actual musical benefit. Some commented that because it has that Beatles feel, it was too derivative or trying to rip off the Beatles sound. None of that commentary has stood the test of time however, as there really isn’t much negative about the record out there in modern reviews.

Wings would release another four records through the ‘70s and then essentially break up in the early ‘80s. Linda unfortunately passed away in 1998 due to breast cancer. Paul played various concerts in her honor with the goal of raising money for breast cancer research. So not only can you pick this up today as a nice throwback, it’s also a great tribute as well. And for the low price $7.99, you won’t feel like all the money is jetting out of your wallet. Happy Tuesday!