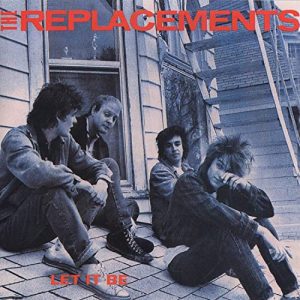 If last week was my wheelhouse in terms of music history, this week might be the antithesis. ‘80s music simply isn’t something in my personal catalog, so I’m always interested in learning about new bands from the era. I was pretty sure today’s featured band had never come across my headphones, but I was curious to find out if I actually knew them. Let’s dig in!

Back in Minneapolis in 1978, 19-year-old Bob Stinson gave his 11-year-old brother Tommy a bass guitar to keep him out of trouble and away from the kids he was hanging out with. That same year, Bob met Chris Mars, a high school dropout who played guitar and drums. The three formed a band called “Dogbreath” and began playing small shops and covering mega artists like Aerosmith, Ted Nugent, and Yes without a singer.

One day, Paul Westerberg happened to be walking home from his job as a janitor in a U.S. senator’s office and heard a band practicing in the Stinson house. It became a regular thing for him to swing by after work and just listen in. Eventually, he made it clear he wanted to join the group and it just so happened, Westerberg could sing a little. Good thing he did too, as before he came on board, Dogbreath focused more on drinking and drugs than music. Westerberg was the polar opposite. He showed up to rehearsal in his professional work clothes and asked the guys to keep repeating songs until they sounded better.

The group played a show, without Tommy, at a church in 1980 as the Impediments. After being banned for belligerence, they started using the name The Replacements. Mars was later quoted in a memoir stating, “Like maybe the main act doesn’t show, and instead the crowd has to settle for an earful of us dirtbags … it seemed to sit just right with us, accurately describing our collective ‘secondary’ social esteem.” From there, they recorded a demo and handed it to a record store owner in Minneapolis. Just so happens, that guy also founded Twin/Tone Records and he signed The Replacements.

I’m personally fast forwarding to their third studio release, Let It Be which went live to the public in October of 1984. As a sound, they’d gone from pure punk rock in their previous work to gradually transitioning to more of an indie rock feel. The album has themes of self-consciousness and rejection so, in that sense, it’s kind of a coming of age type record, focusing on the periods between adolescence and adulthood. Unlike most ‘punk’ albums dealing with such subjects, this album mostly comes from a humorous angle, not with so much angst and rebellion.

The album’s title was a joke targeting their manager, who was a huge Beatles fan. The manager felt all things Beatles were sacred, and the band wanted to prove otherwise. And obviously, to invite the comparison to the legendary group fell into the ‘all publicity is good’ angle. While the expectations for this relatively unknown band were low, the critical reception was nothing short of spectacular. There is nothing but five-star reviews and ‘best of’ list mentions. The Village Voice has it as the tenth-best album of the entire decade—which is incredible praise. Many reviews compared The Replacements to iconic bands like R.E.M. and the Pixies and referred to this as a “post-punk classic”. Rolling Stone similarly called it a “post-punk masterpiece” and shows it at No. 239 on the 500 best albums of all time.

While these guys are absolute legends in the Minneapolis area, they made their mark on music history as well. Known for sold-out shows and monstrous performances, they have a legacy on par with almost anyone in the biz. Maybe they didn’t sell billions of but sometimes that’s not the only way to win at the game. Give this a shot today—if you’re oblivious to the band as I was, you might just be surprised. Happy Tuesday!