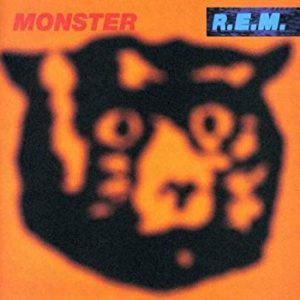 Being unique in the music industry has its pros and cons. On the one hand, you might be heralded for your creativity and genre-bending themes. But in contrast, people may label you “weird” and you don’t see any airplay on the radio. Today’s band has seen the highest of highs and lowest of lows—all culminating in one of the most recognized bands in history.

In January of 1980, Michael Stipe met Peter Buck at a record store. They fawned over the latest punk rock records and shared a chuckle over the fact they both were looking to buy the same handful of albums. Their friendship blossomed and through a mutual friend, met fellow University of Georgia students Mike Mills and Bill Berry, who had been in a band together since high school.

The quartet began to collaborate on several tracks—just for fun though, as they had no plan of starting something legit. Their first gig ended up being the aforementioned mutual friend’s birthday party, at an old church. Needing a name, Stipe was searching the dictionary and landed on “R.E.M.”, which is an acronym for rapid eye movement, the dream stage of sleep. Eventually, they all dropped out of school to focus on the band, and someone who heard them at a show moved down to Athens, North Carolina to become their manager. They toured the southern U.S. in a broken down blue van and lived on a food allowance of $2 each per day.

It’s safe to say the ‘80s were a jumping off point for the band and, outside of their cult following, R.E.M. didn’t have much else. It wasn’t until the late ‘80s/early ‘90s when America started to take notice. Mainstream single “Losing My Religion” hit every major media outlet in 1991 and the band was on the map in a big way.

Today I’m listening to their ninth studio album Monster which was released in September of 1994. The album marked a major departure in style for R.E.M because it was heavy on distorted guitar and focused on rock music. Their folk-ish alternative was their signature, but the band set out to prove they were not just a one trick pony. It would top both the U.S. and U.K. charts, and spawned two Top 40 hits. They accompanied the album release with a commercial tour, which was their first since 1989. While successful, many member suffered health problems while on the tour, and made them all think twice about doing it again. Sales were hot, having sold over 10 million copies to date worldwide.

This definitely isn’t your parent’s version of R.E.M. If you’re accustomed to what you heard on previous records, this is a major departure. But it’s very solid—Stipe doesn’t disappoint with his creative lyrics and vocal. The claim is that he’s singing on this record in the style of roughly half a dozen different characters. In post-production, Stipe’s vocal was pushed to the back and the heavier guitar brought more to the front. Without that, perhaps it would have felt more like a traditional album for them.

Some critics were unfavorable about Monster, saying R.E.M. was simply trying to capitalize on the grunge movement that was happening at the time—but the group is adamant that was not the case. If anything, they were poking fun at the revolution to a certain extent, and if you ask any of the members, they’d argue it’s still a “rock” album at best.

R.E.M. is one of those bands where maybe you feel you don’t know them, or only know the hits, but then you realize how many songs you can sing along to. Even the cover art here is iconic, and most don’t know what it’s from. Give Monster a shot today, you’ll be pleasantly surprised on the faux rock sound they give (it almost sounds like real rock’n’roll!). You can try to pay for it in a strange currency, but Amazon typically prefers cash. Happy Tuesday!