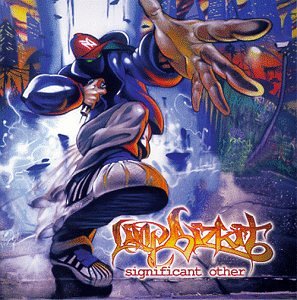 Genres can be so restrictive. Why do most bands feel the need to conform to just one? Thanks to the suggestion of a loyal reader, today’s featured act not only melded various styles into their music but sold a lot of albums doing it.

Growing up in Gastonia, North Carolina – Fred Durst took an interest in breakdancing, hip hop, punk rock, and metal. His interests were so diverse, you could catch him rapping, skateboarding, beatboxing, and DJing to occupy his time. Needing money, he mowed lawns and became a tattoo artist – where he developed an idea to blend all his unique ideas together in the form of a band.

While he attempted three different groups, all proved unsuccessful and left Durst scrambling for ideas. He told bassist Sam Rivers they needed to break off and form their own thing, with ‘rappin’ and rockin.’ Rivers brought his cousin John Otto, who was studying jazz drumming and Wes Borland joined later on guitar. They started calling themselves Limp Bizkit – when asked why, Durst said, “The name is there to turn people’s heads away. A lot of people pick up the disc and go, ‘Limp Bizkit. Oh, they must suck.’” Those are the people that we don’t even want listening to our music.” In spite of that odd declaration, the band was on their way.

Various labels wanted Limp to join their team but were insistent on a name change. Meanwhile, they were hammering the underground scene in Florida and making a name for themselves. Imagine this, an unsigned Limp Bizkit was so big, a multi-platinum selling band Sugar Ray opened for them at a couple shows. Durst was always out hustling, trying to market the band.

Finally he hooked up with Korn, and got them to allow Limp to open for them on a major tour for a couple weeks. They added DJ Lethal as a turntablist to the lineup, and eventually went to Interscope Records. Their debut album was a success when it hit shelves in 1997. Immediately a second album was in the works, and one that they wanted to prove made them not a Korn soundalike or simply a cover band (their major debut single was a cover of George Michael’s “Faith”). Significant Other was released in June of 1999 and rocketed up to #1 on the Billboard 200. Sales weren’t so bad either, with a rock solid 10 million in the United States alone, and probably double that worldwide.

Critics really enjoyed the album, more so than their debut. This album really formed their sound and established them into the pop music scene, proving the first go-round wasn’t a fluke. It’s all the blends of hip hop, rock, metal, punk that fans wanted – but it was also full of the angst and unapologetically rude attitude that pop music had been missing since grunge had sort of calmed down in the late 90s. Limp was all over the media, featured on virtually every music magazine cover and started making rounds on the late night television circuit. They were considered to be on the of the headliners of Woodstock ’99, where a near riot broke out with their anger fueling track “Break Stuff”. The band did everything they could to further their ‘bad boy’ personas, including getting arrested for assaulting security guards and smashing stuff on stage in frustration. Durst’s supposed mentality was “no press is bad press”.

Limp Bizkit’s run sort of halted in the mid-2000s when they took a break but are back together with a new album to debut soon. Their run was full of controversy and attitude, but that’s kind of what made Limp who they were. And if nothing else, they helped return the punk genre to the mainstream and their mashed-up style proved inspirational for many acts today. Give this a shot today, just think about it.