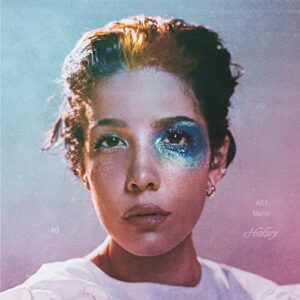 As a SiriusXM radio subscriber, I enjoy flipping through random channels in the car to see what’s on stations I don’t normally listen to. It’s a good way to hear of new artists and my policy is this: if I see the same artist pop up on multiple channels during one trip, I see what all the fuss is about. Well, the fuss with today’s featured act is big—since she’s been streamed over one billion times in the last few years.

Ashley Nicolette Frangipane was born on September 29th, 1994 in New Jersey. Mom and dad got pregnant with her while in college and decided to drop out to focus on raising her. They worked many jobs to support her and her two younger brothers, so they moved around quite a bit following the work. She played violin, viola, and cello, eventually picking up guitar at age 14. By the time she was 17, Ashley had been in more than six different schools and was getting bullied. Ashley hit a low and attempted to take her own life. She was hospitalized for seventeen days and was diagnosed with bipolar disorder. It was at that point she began using recreational drugs, seeing a 24-year-old man in Brooklyn (who lived on Halsey Street), and using writing music as an outlet for her disorder. She tried attending a design school and then a community college, but neither worked out. She moved to Manhattan, living in basements and, at one point, only had $9 to her name.

She began posting videos all over the internet to generate some buzz for her music, and finally caught the eye of Astralwerks, who signed her in 2014. She began playing acoustic shows all over the northeast as Halsey—an anagram of her name and also a reference to her first spot in Brooklyn. Her debut album dropped in 2015 and the following year, she collaborated with The Chainsmokers to release the most-played song of the year, “Closer”. It was also one of the most streamed songs ever on multiple platforms. Today however, I’m listening to her third studio album titled Manic released in January of this year.

Right off the bat, Manic debuted at #2 on the Billboard 200. It sold over a quarter million units the first week alone. The goal of the record was to put something out where she could truly ‘be herself’ and the title Manic describes the overall nature of the record. She states there are blends of hip-hop, rock, country—everything, because it’s whatever she ‘felt like making’. She also produced the album herself, marking another first in her career.

Critically, the album was met with positive reviews. Many cited her versatility in genres and the raw autobiographical portrait it paints as being very endearing. From my perspective, I was expecting to hear a straight-up pop record with little substance. I was pleasantly surprised to hear an album that was significantly more than that. Having heard the lead single “Without Me”—and realizing it was commercially released in October of 2018—I thought I might hear a thrown together album that just took forever to make. It’s the opposite. Manic feels very meticulously created and put together, as if Halsey was trying to reach new heights in her young career. She writes with a passion rarely found in current pop music, and you can hear her influences of artists like Alanis Morissette, Nirvana, Lady Gaga and various rappers come through in her style.

Halsey is all over the place, with her music, acting appearances, activism, and potentially getting involved with theater. I wouldn’t be shocked if she’s one we are hearing from for many years to come, as she seems to really have caught the eye of both social media and other influencers. Give her a shot today like I did, it might make your Tuesday feel just a bit better.