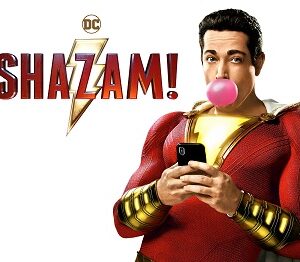 It’s hot outside, so cool your heels on your couch by pulling up a great movie. TDS TV On Demand has a wide range of options from comedy and horror, to super hero and family flicks. Check out what you (and your kids) should watch:

Regina Hall stars as Jordan, a former bullied kid who now, as an adult, bullies her employees and everyone around her. When one of her victims wishes Jordan will get taken down a peg or two, Jordan wakes up the following day as a kid. Now she has to rely on her long-suffering assistant, April (played by Issa Rae), to help her.

Sure to give you chills, Pet Sematary is the newest adaptation of the Stephen King book. Odds are, you know the basic plot: a burial ground for pets resurrects them, only the animals don’t come quite the same as they were before. When the same ground is used to bury a child? Well, you’ll have to watch and see what unfolds (but its Stephen King, so you know it’s not good!)

Billy Baston, a streetwise foster child is placed in a home with five other foster kids. When Billy helps save one of them from bullies, he is chosen to be the wizard Shazam’s new Champion of Eternity. As Shazam, Billy is transformed into an adult super hero—so the film has many light moments of a teen discovering and exploring his new powers. Filled with both fun and heart, there’s a reason this movie is Certified Fresh on Rotten Tomatoes!

From the studio who brought you Kubo and the Two Strings, ParaNorman, and Coraline comes their latest artfully charming film. Zach Galifinakis stars as Mr. Link who, after living a solitary life, recruits explorer Sir Lionel Frost (Hugh Jackman) and Adelina Fortnight (Zoe Saldana) to guide him on a journey. His goal? To visit his long-lost relatives in Shangri-La. Described as “delightful and polished” and a “sweet-hearted narrative of how friendship can broaden one’s horizons” this is a can’t-miss family movie.

Seth Rogen and Charlize Theron make an unexpected pairing in this charming and funny romantic comedy. Theron plays one of the most influential women in the world, and Rogen plays an ex-journalist she impulsively hires to be her speech writer (never mind that she was also his babysitter and childhood crush). He is a fish out of water on her elite mover-and-shaker team, but their chemistry is undeniable.

Other movies worth checking out!