Enjoy a free preview of Sportsman Channel until Oct. 31

If you love hunting, fishing, and outdoor adventure, then you’re in luck. During the entire month of October, TDS TV customers can enjoy a free preview of the Sportsman Channel. With nearly 200 shows to choose from, the Sportsman Channel has the perfect show for every outdoors enthusiast.

Here are some examples of the Sportsman Channel has to offer:

Archer’s Choice with Ralph and Vicki is the Sportsman Channel’s number one bow hunting show. In 1993, the show’s hosts, Ralph and Vicki Cianciarulo, became the first couple in America to produce a hunting show together. Over the years, their hunting adventures have taken them to 5 continents, 11 countries, 10 Canadian provinces, and 27 states.

Avian-X TV is the Sportsman Channel’s go-to show for all things waterfowl and turkey hunting. Host Matt Morrett travels across the United States and Canada to bring viewers the best bird hunts, calling tactics, and strategies to help hunters improve their skills in the woods and on the water. 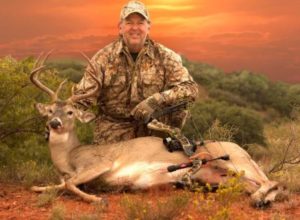 On Big Deer TV, seasoned hunter Mike Hanback travels across North America in pursuit of the perfect trophy bucks, providing hunting tips and tricks along the way. The show focuses primarily on whitetail deer, but there are a few mule deer hunts each season as well. Big Deer TV features fair-chase hunts that are bound to get your heart pounding from excitement.

Bill Dance Outdoors, hosted by noted fisherman Bill Dance, is the most popular fishing show in the United States. The show focuses on different aspects of recreational fishing techniques, like how to fish and what bait to use.

Handguns & Defensive Weapons is one of the most popular shooting shows on the Sportsman Channel. The show primarily talks about guns, ammunition, and accessories that are used for personal protection. It also includes defensive tactics, product reviews, shooting advice, and more.

If you get hooked on the Sportsman Channel during this free preview, don’t worry. You can call 1-866-44-TDS TV or visit our website to add the Sports Tier to your TDS TV subscription so you can keep watching your favorite hunting and fishing shows.

All images are courtesy of the Sportsman Channel.