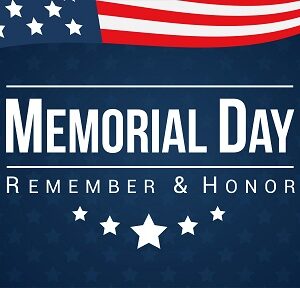 What is Memorial Day really about?

As a veteran, this is a question I get asked a lot around this time of year. I can tell you what it means to me, and how my views of Memorial Day have evolved over the years, but I do not speak for all veterans. I only speak for myself.

Growing up, it was just a three-day weekend and the kick off to the camping season. My dad and my uncles were all World War II veterans, some of whom saw their comrades die next to them. What I saw of that generation is that they did not talk about the war; especially not in front of their wives and children. As children, we could get snippets of war stories when just the men were around the campfire, and if we stayed up late eavesdropping from camper windows or from inside our tents. They all just wanted to move on in their lives and leave the war behind them.

While I was in the Army, Memorial Day became something I dreaded. It meant a dog and pony show, meaning parades in dress uniforms on a hot parade field. It meant a division run, and after it was all over, mandatory fun. Where family events would be held at the battalion or company level, and all the single guys had to be there, even though we would rather have been somewhere else.

Post Army, it is a time of reflection, but it does not dominate the day—it is also a time for cookouts, and family get togethers. I understand my dad and uncles’ views of it better now; it was a part of my life and I just want to move on. It will always be a part of my life, so I cannot leave it behind.

Other veterans at TDS see Memorial Day differently, and that is okay. Erik, Army veteran, asks that folks enjoy the time with their families, but take a couple of minutes to raise a glass to those that didn’t make it back. He is also concerned about a trend of shaming non-military people that “don’t understand what Memorial Day is all about.” The professional soldiers that he knows wouldn’t shame people for celebrating the day as they see fit.

For Aracelio, Navy veteran, he quotes scripture, “No one has greater love than this, that someone would lay down his life for his friends” (John 15:13).

Sarah, Army veteran, simply, and quite eloquently states: “Respect, honor, and remembrance for those who gave the ultimate sacrifice.”