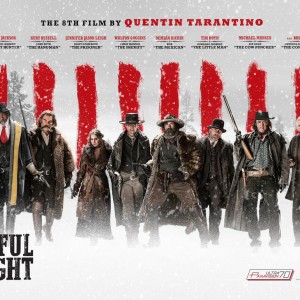 This week, TDS TV on Demand offers up Quentin Tarantino’s “The Hateful Eight” and Will Smith’s “Concussion.” TDS TV has some intriguing new programs, including Ashton Kutcher’s “The Ranch” and a small screen adaptation of “Rush Hour.”

The Hateful Eight
Quentin Tarantino’s latest film features a group of men and women trapped in a saloon during a winter storm in Wyoming. Soon murder, mystery and mayhem take hold, and no one knows who will get out alive. The outstanding cast includes Jennifer Jason Leigh, Bruce Dern, Kurt Russell, Samuel L. Jackson and Tim Roth. Available March 29.

Anomalisa
“Anomalisa” is a rare adult animated film. Weird and surreal, the movie is about a bitter man trapped in a mundane and lonely existence – until a chance encounter with a woman offers him the opportunity to break out of his emotional prison. “Anomalisa” is not for everyone, but if you want a film that challenges you, this may be right up your alley. Available March 29.

Concussion
Earnest and entertaining tale about Dr. Bennet Omalu, the man who discovered the link between brain damage in football players and repeated concussions. Will Smith is excellent as Omalu, who struggles to find a voice against powerful industries that want to bury or discredit his findings. Available March 29.

Stealing Cars
Drama about a smart, rebellious teenage boy who is forced to survive in the juvenile detention system. Available April 5.

Point Break
A young FBI agent infiltrates a group of extreme sports athletes who happen to be notorious thieves. The film sports some electrifying action scenes to go with the breezy – if somewhat silly – story. Available March 29.

Deadliest Catch
After 12 seasons, “Deadliest Catch” remains one of the more engrossing reality shows on television. Tune in for another year of thrilling high-seas adventure. New season begins Tuesday, March 29, on the Discovery Channel. 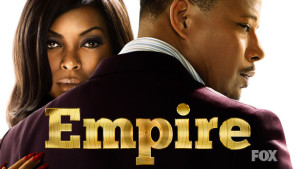 Empire
After four months off the air the battle for Empire Entertainment continues. “Empire” expertly mixes major drama, cutting edge music and an outstanding cast – lead by Taraji P. Henson and Terrence Howard. The show has already been renewed for a 3rd season. Wednesday, March 30, on FOX.

Lopez
Funnyman George Lopez is back with a new sitcom where he plays a fictionalized version of himself. Don’t expect anything too crazy, but just enjoy the amiable and reliable Lopez. Premieres Wednesday, March 30, on TV Land.

Archer
“Archer” is one of the raunchiest – and funniest – shows on television. This animated series follows the exploits of Sterling Archer, a whacked out version of James Bond with a healthy appetite for booze, women and danger. Due to the crudeness of the material, “Archer” is not for the faint of heart. New season begins Thursday, March 31, on FX.

Rush Hour
An adaptation of the hit 1998 movie of the same name stars martial artist Jon Foo (taking the Jackie Chan role) and Justin Hires (taking Chris Tucker’s role). The series looks like a nice mix of action, martial arts and laughs – and the young stars appear to be good fits for their parts. Premieres Thursday, March 31, on CBS.

The Ranch
New sitcom about a failed football player (Ashton Kutcher) who returns to his Colorado home to help run his family’s ranch. The excellent cast includes Danny Masterson, Sam Elliott and Debra Winger. All 10 episodes are available to stream on Friday, April 1, on Netflix.

Wynona Earp
Supernatural/western depicting the exploits of Wyatt Earp’s great granddaughter, Wynona, in a world populated by monsters and demons. Based on the IDW Comic book of the same name. Debuts Friday, April 1, on SyFy.

Outlander
Our favorite sci-fi/fantasy historical romance is back! Season 2 begins with Claire and Jamie heading to France to infiltrate the Jacobite rebellion. Based on the “Outlanders” novels by Diana Gabaldon. Season 2 kicks off Saturday, April 9, on Starz.

Fear the Walking Dead
Last year’s debut run of “Fear” was uneven, but showed a lot of potential. With a full slate of episodes set for this year, we expect lots more fun and thrills. Season 2 begins Sunday, April 10, on AMC. 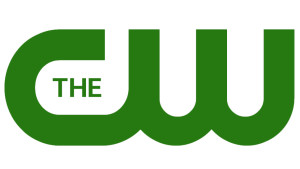 The CW has renewed its entire current lineup for next year, meaning new seasons for “The 100,” “Arrow,” “Crazy Ex-Girlfriend,” “DC’s Legends of Tomorrow,” “The Flash,” “iZombie,” “Jane the Virgin,” “The Originals,” “Reign,” “Supernatural,” and “The Vampire Diaries.”

Billy Gardell will star with Chad Michael Murray in CMT’s “Million Dollar Quartet” series, based on the Broadway musical of the same name. The eight-part series tells the story of young musicians Jerry Lee Lewis, Johnny Cash, Elvis Presley and Carl Perkins in the 1950s.

Elijah Wood is set as the co-lead in “Dirk Gently,” BBC America’s eight-episode series based on the cult Dirk Gently’s Holistic Detective Agency.

Former Alaska Governor Sarah Palin is returning to TV as the judge in a new daytime court program. Watch for the show in 2017.

The “Tick” is returning. The cult comic book, which had shorts runs as an animated series and a live action show, is being rebooted by Amazon. Peter Serafinowicz is set to star in the new live action comedy.

CBS has found its young “MacGyver” in Lucas Till, who starred as Havoc in the recent X-Men films.

ABC’s “Of Kings and Prophets” was canceled after just two episodes.

Renewals for a new season include “Vikings,” “Better Call Saul,” and “Gotham.”