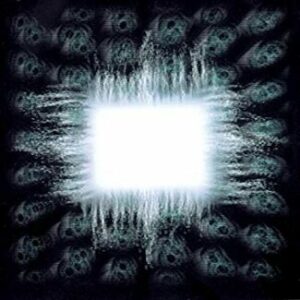 I’m breaking away from my recent theme today. Instead of highlighting a band we haven’t discussed in a long while, I’m rolling with one we’ve never talked about. Today’s featured act set a standard in metal—so much so, they are also likely the creators of several metal sub-genres. They’re a band that just about all heavy rock artists look up to.

Back in the ‘80s, a bunch of guys moved to Los Angeles, California. Danny Carey and Maynard James Keenan performed with a band called Green Jelly, with Carey also performing with a couple other groups as well. Keenan met Adam Jones in 1989 via mutual friend. Jones loved Keenan’s vocal abilities and talked him into forming a new band. After jamming for a few weeks, Carey got involved because he lived above Keenan, and he felt sorry for the new group because other musicians kept ghosting the band. Paul D’Amour was added on bass, and the foursome was set. Needing a name, they went with “Tool”. Why? As Keenan explains, “…we are your tool; use us as a catalyst in your process of finding out whatever it is you need to find out, or whatever it is you’re trying to achieve.” After two years of playing local gigs, they started to get noticed, eventually signing with Zoo Entertainment.

To say these guys danced to the beat of the own drum would be perhaps the biggest understatement I’ve ever typed. They were staunchly against censorship in music and were frequently pushing the boundaries of what they felt was freedom of expression. Their music was metal in the truest form—aggressive and independent. Because of their stances, they began getting picked up by bigger names like Rollins Band and Rage Against the Machine or White Zombie to tour along side them. Finally in 1993 their debut album Undertow hit shelves. While that album did well, over three million sold – today I’m fixated on their sophomore effort AEnima, released in 1996.

Piggybacking on the popularity of their first effort, AEnima debuted at No. 2 on the Billboard 200, selling 200k copies in the first week. To do this as an anti-establishment heavy metal album is no small feat. They turned up their noses at the mainstream and “the man”—and what did that get them? Five million albums sold and the Grammy Award for “Best Metal Performance” in 1998. Needless to say, the music must be pretty good.

Critically, the reviews were about as good as the sales. Some referred to it as strange – but almost as a term of endearment. This wasn’t Metallica or the new age “pop metal”, this was the newest form of alternative metal that so many people didn’t even know what to do with. The Los Angeles Times called it, “raw, gripping rock” with “an even more exhilarating edge.” You had old-school bands like King Crimson that played around in this progressive rock/psychedelic rock amusement park, but what Tool was doing felt different and unique. How exactly? I’m not totally sure I can explain, but Keenan’s vocal was aggressive yet on pitch, and their message was subtle, yet it slapped you in the face. Some critics and people didn’t get it and maybe still don’t, and that’s OK. Tool’s music isn’t going to be for everyone, but the hits that still get heavy radio play here in 2022 go to show you the longevity of the band, and their classic hits.

Tool is still out there touring, and maybe making another album by 2040. They’ve only lost one founding member since 1990, which is truly amazing. Progressive, art, alt metal may not be for you, and that’s okay, but if you’re ever feeling like something heavier, give this a shot. You might discover a love of something different.