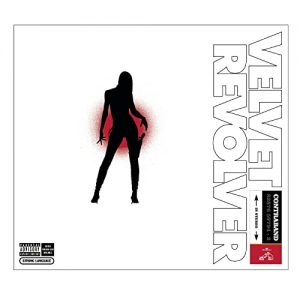 Flipping through the channels on my TDS TV®+ service the other night, I caught a documentary on Reelz relating to the passing of Scott Weiland in 2015. While most will have fond memories of his time as the front man of Stone Temple Pilots (STP) he had another project that brought solid success.

Slash, Duff McKagan, and Matt Sorum were members of Guns N’Roses until some strained relations with lead singer Axl Rose resulted in the band splitting up in 1997. While each member went their own way at first, by 2001 Slash began getting serious about putting a new band together and started writing music hoping the right lyrics would come later.

When Ozzy Osbourne’s drummer passed in 2002, the trio reunited to raise money at a benefit concert. Slash, McKagan, and Sorum recognized they had a passion and strong foundation for a group, so went on a search for a new lead singer. A decision was made to even film part of the process, which turned into VH1’s “The Project”—that ultimately ended up as a documentary-style film. They wanted to interview Weiland because he’d become friends with McKagan after attending the same gym, and with Sorum after attending the same rehab. Weiland sent one demo disc that sounded terrible—but the second seemed like exactly what the band needed. STP was still a thing at the time, so the new group was temporarily on hold.

In 2003, STP disbanded and Weiland was a free agent. Slash, McKagan, and Sorum sent him some music which he took to the studio and added vocals—but still wasn’t sure on if he wanted to join. However, after a couple soundtrack gigs as their lead singer, Weiland was in. Slash wanted to name the group something that included the word revolver, and Weiland wanted something intimate like Black Velvet to introduce a juxtaposition. They settled on Velvet Revolver.

Signed almost immediately to RCA, the group began recording their debut in 2003. Things got a bit complicated due to Weiland’s court appearances stemming from drug charges, but Contraband eventually hit shelves in June of 2004. Critical response initially was mixed—some called it a new “guilty pleasure”, while others felt it was a cheap imitation of trying to merge two record-setting bands. Regardless of the naysayers, it debuted at No.1 on the Billboard 200 selling half a million in the first seven days. It sits at a touch over 10 million copies sold worldwide to date.

Awards started to shuffle in as well, with the Grammy Award for Best Hard Rock Performance going to Velvet Revolver—an award Weiland previously won for the STP single “Plush”. Legions of new fans began to hear the band because they were asked to be in just about everything big at the time. iTunes asked them to perform live in studio for charity, and after a 2004 earthquake in the Indian Ocean, their cover of Eric Clapton’s “Tears In Heaven” was a mega-single. Their covers were such a thing of legend, RCA re-released the album a year later with a handful of them on a bonus disc.

This type of up-tempo, almost poppy hard rock just wasn’t a thing at the time. Velvet Revolver based on their pedigree alone was going to generate a little buzz. But as it turned out, they were pretty good to boot. Slash’s guitar work is second to none and Weiland’s vocals were the best they’d been since early STP days. It truly seemed like they had something.

Unfortunately, Weiland’s addiction and old habits returned, and the band’s reign was short lived. They released one more album, but Weiland was fired in 2007. Perhaps Weiland’s penned “Fall To Pieces” on this album gives the listener a rare personal glimpse into his addiction with heroin and relationship with his then wife. After leaving Velvet Revolver, he returned to STP but was ultimately fired there as well in 2013 for the same problems. Despite all of the behind-the-state strife, give Contraband a whirl today—it might change your views on supergroups and the impact they had on music history. Happy Tuesday!