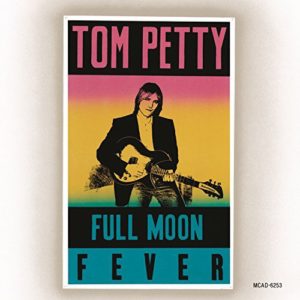 Losing a loved one before their time is always hard—sometimes even if you never met them, like a favorite musician. While most readers have likely never spent time with Tom Petty in person, media everywhere yesterday afternoon was buzzing about him suffering from heart failure, and ultimately learning of his passing around 9 p.m. PT last night. Today’s post is in honor of Mr. Petty (1950-2017)

Petty was born October 20, 1950 in Gainesville, Florida. Petty took an interest in music around age 10 when he met Elvis Presley while his uncle was working on the set of Presley’s film “Follow That Dream.” Tom came down to the shoot and instantly became a fan, got back home and traded his Wham-O slingshot for a collection of Elvis 45 LP’s. Combine that with seeing the infamous Beatles performance on the Ed Sullivan show, Petty knew he wanted to be in a band— merging his love of music and performing.

At 17 Petty dropped out of high school to play the bass in his first actual band. He would learn guitar from Don Felder of the Eagles and take side jobs to support his music habit. He worked as grounds crew for the University of Florida and even as a gravedigger for a period of time. Little did he know back then how big he’d become.

In 1976, he formed Tom Petty and the Heartbreakers (I’ve talked about them in a previous post). Because of how successful the band was, some people don’t realize that a portion of Petty’s music was released as a solo act. Today I’m listening to his first solo album Full Moon Fever which was released in April of 1989. While it still features contributions from the Heartbreakers, it also features fellow bandmates from the Traveling Wilburys, Roy Orbison and George Harrison.

The album was considered an exploratory one for Petty, finding his roots a bit and giving a nod to his musical influences. The change was a commercial success—peaking at number three on the Billboard 200 chart and currently having sold nearly 10 million copies worldwide. Having finished a tour and album a year earlier with the Heartbreakers, some animosity broke out between Petty and the band about his solo work —and subsequent playing of solo songs at group concerts. It even caused drummer Stan Lynch to depart from the band, saying playing Petty’s solo works made him feel like he was in a cover band.

It’s hard to find a negative review of the album, and for good reason. Between solo work, the Heartbreakers and Wilburys, you could always tell that signature Tom Petty sound. It was that Heartland Rock vibe like Seger, Springsteen or Mellencamp—but it was so much more laid back. This would virtually become a statement album by Petty to show he not only hasn’t lost his touch, he wasn’t going anywhere. It proved to be his highest-selling album across all groups with exception of his renowned Greatest Hits record that was produced in 1993. There is a certain restless charm to Tom Petty, almost as though if you enjoy one song, you’ll enjoy them all. His mild-mannered character shines through in his music and his vocals, and truly, it’s mesmerizing.

Luckily for folks that live in Wisconsin, Tom Petty would make a stop every year at the music festival, Summerfest in Milwaukee. I’ve seen him a few times and each time he put on a show worthy of a standing ovation. It’s certainly sad that music fans won’t be able to see him perform live anymore, and it must be a devastating time for his friends and family. Pay tribute today and pick this one up for $5 dollars.

I wanna free fall, out into nothin’
Gonna leave this, world for awhile