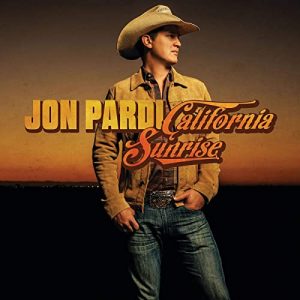 For as many hours I spend listening to music, one thing is still true: you don’t know what you don’t hear. I had to enlist the help of a friend to put my finger on the pulse of what’s big in country music today. My headphones are beaming with an artist I never heard of until this morning, and I’m excited to dig in!

Jonathan Pardi was born in May of 1985. Normally when you hear about the latest in country icons, the family was born and raised in the south somewhere—but not today.  The Pardi family was from Dixon, California. Jon started writing music around age 12, and by the ripe old age of 14, started his own small band. When he graduated Dixon High in 2003, Jon knew he wanted to pursue a career in music—and where better to do that than to go where country music flourishes, in Nashville, Tennessee.

Although he was in the right place, it wasn’t a quick road to success for Jon. It took until 2010 before he got a solid break. He opened for Dierks Bentley who ended up being his label mate. In March of 2012, Jon released his debut single, “Missin’ You Crazy”. It peaked at No. 29 on the Billboard Hot Country Songs chart—putting Jon on the proverbial map. In 2014 Jon got signed to Capitol Nashville he pushed out his debut album. While that didn’t have the impact on the scene anyone hoped, the label felt he had a little something.

Based on a recommendation, I’m listening to Jon’s sophomore effort, California Sunrise, which hit shelves in June of 2016. The first record followed more of a modern country music template, but for the second everyone agreed he should try to incorporate some aspects of more traditional country as well. The arrangement seemed to have worked, with critics coming in with positive reviews. One critic even described Jon’s sound as a Garth Brooks and Randy Travis hybrid—probably the biggest compliment you can give a newer artist in the genre. Rolling Stone had it in the top 10 of their top county albums of 2016 as well, citing the mixture of fiddle and steel guitar offering an “electrified Bakersfield twang”. By all measures California Sunrise blew away his first album in sales, too. It got up to No. 11 on the Billboard 200 and has sold a couple million copies to date just in the U.S. alone. The album’s success perhaps culminated with Jon winning New Artist of the Year at the 2017 Country Music Association Awards.

From an outsider perspective, this feels like country, but with a twist that makes the appeal something greater. A single like “Dirt On My Boots” tosses in all the elements you know and love from county music but has a bassline and an electric feel to it that could allow it to play across various stations. But when you traverse from track six to track seven, you get the signature slowed-down, country ballad that seems to be the prize within every country record you pick up. Jon relied a bit on outside help for lyrics on the album, which isn’t particularly uncommon, but he crushes it vocally. Start to finish, he’s got a smoothness that almost has that classic Conway Twitty vibe to it. If old-school country music had the equivalent to 60’s crooners, Pardi would be in the rat pack for sure.

With a last name like Pardi, you expect the good times to keep rolling. If the rest of his discography matches California Sunrise, he’s on the right track. His latest release was in September of 2019, and sales so far have been a bit slow. Since this one spawned five solid commercial singles, give California Sunrise a shot today. It just might be your all-time high. Happy Tuesday!

FTC: Watch out for romance scams
10 museums to check out in TDS communities