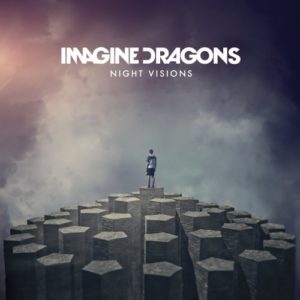 Isn’t it funny how a band can become so popular so quickly, and even though they’ve only been around a few years it seems like you’ve been listening to them forever? Today’s band isn’t a four decade mainstay—but their rise has been so meteoric, it probably feels like you’ve been hearing them on popular radio for decades.

In 2008 a couple guys from BYU started a band. Recruiting a handful of others, they had themselves the start of a group. Agreeing on the name Imagine Dragons—which is an anagram for a phrase only known to the members—they were on their way. In spite of releasing an EP, Utah isn’t the best place to get recognized. After a couple shake-ups to the lineup, they decided to move to Las Vegas, the hometown of lead singer Dan Reynolds.

Needing to catch a break, they did. The lead singer of the band Train fell ill prior to a major music festival in Vegas in 2009. Imagine Dragons were called to fill in for a crowd of almost 30,000. That event led to them seeing all sorts of Vegas-based accolades and that attention caught the eye of Interscope Records. Working with a Grammy Award winning producer, it would take a bit more time for the band work out the sound and the right lineup, but then things began falling into place.

Their debut album titled Night Visions was released in September of 2012. The bulk of the record was recorded inside the Palms Casino in Las Vegas. Even though they weren’t a household name, it peaked at No. 2 on the Billboard 200 with opening week sales of nearly 100,000—the highest of any debut rock album since 2006. The single “Radioactive” hit major radio in October, and it all blew up from there. The smash hit would spend a record-breaking 87 weeks on the Billboard Hot 100 and No. 1 on the Hot Rock charts for a second record-breaking 23 weeks.

They did a great job with promotions, offering the record opening week for $5 dollars on various outlets, including Amazon and iTunes. Critical reception was very mixed at the beginning—with many talking about the ‘fresh’ sound, but denying any staying power. Critics obviously didn’t quite get that one right, as the album has now sold nearly 10 million copies worldwide and the band as a whole is approaching the 20 million mark spanning three commercial releases.

Has anyone not heard these guys over the last few years? If you think you’re not overly familiar with the band, just give this one a listen today. I actually didn’t know a couple songs on this album were by Imagine Dragons, which shocked me. At least five singles made solid radio rotation were featured in various television ads or major motion pictures—or probably in the background at your local grocery store. That’s truly the main reason I like these guys. Their sound is so variable; you don’t necessarily know it’s them if you hear a track on the radio. They experiment not just album to album, but song to song. Sure, when you hear “Thunder” on the radio currently, you probably know it’s them, but you go deeper into their catalog and you’ll find 10 other tracks you really like, that sound nothing like the hits.

If you’re reading this and you’re not sure if you know the band, this is a great record to pick up and start with. It’s a nice intro to Imagine Dragons and you can sort of hear how their sound has evolved since 2012. At such a low price, buying it will make you feel on top of the world!

Russian malware attack and what it means for TDS customers
A Wrinkle in Time; Love, Simon; and Sherlock Gnomes coming to TDS TV on Demand