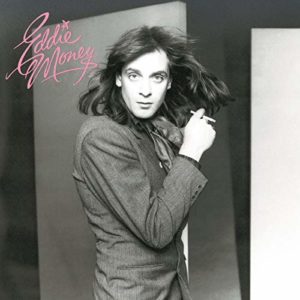 By Austin Krueger on September 17, 2019 in Online Life

Sadly, it’s all too common to pull up your newsfeed and read about a musician passing away at an early age. Today’s featured artist did exactly that last week after a battle with stage four esophageal cancer.

Edward Joseph Mahoney was born into a large family in March of ’49. His family was Irish Catholic and lived in Brooklyn, New York. Mom was a homemaker and dad was a police officer. The family would move around quite a bit, with Eddie and company spending time in Levittown, Long Island, and Queens—where Eddie spent some his teenage years.

The music bug hit Eddie at a young age and by the time he was 11, he became a street entertainer. When he got into his teens, he played in various rock bands mostly in an  effort to date the popular cheerleader girls from school. Eddie was expelled from one high school for forging a report card, but was able to graduate from a different school in 1967. Seeing no other paths, he tried to follow the legacy of his grandfather, father, and brother and joined the NYPD trainee program. After only a year in as a clerk and typist, he left to pursue a career in music. The police wouldn’t allow him to grow his hair long and his band didn’t want a cop as a bandmate—a tough decision had to be made.

Almost immediately after leaving the force, Eddie moved to Berkeley, California. He changed his name to Eddie Money, sarcastically referencing the fact he was always broke and, in fact, sold bell-bottoms to make ends meet. Eddie was a staple at local clubs for years, finally securing a record deal in 1977. His debut album was simply titled Eddie Money and came out in December of that year. The album was basically his live show in a studio-quality recording.

Because he’d been honing the act, the studio felt two singles would do well on the charts and they didn’t disappoint. The album peaked at #37 on the Billboard 200, and the singles received regular radio play. To promote the album, Money would do something unique: he spent afternoons going to record stores and offering to do live performances and sign albums. He’d even do live interviews with radio shows just minutes before getting on stage. All the publicity worked, as the album has sold over five million copies to date—his best-selling of all time.

Things really began taking off for Eddie after the album. He got an offer to open for iconic guitarist Santana at Boston Music Hall. He also is the bridge singer in Kenny Loggins’ infamous “I’m Alright”, something his career is actually not credited for. It was easy to understand his appeal because Eddie was a working-class rocker—he even had that sort of beaten down, husky voice you’d expect. His unassuming, at times self-deprecating, nature had everyone rooting for Eddie, extending a hand or a break whenever it was needed. Seemingly just an overall nice, likeable guy.

Eddie certainly had his health battles over the years though. In 1990 he had been drinking and overdosed on a barbiturate that left him unable to walk for months and resulted in Eddie having a permanent limp. In 2001 he joined a twelve-step program to deal with his drinking. He was married with five kids and he promised them he’d get clean which he did, by reports in 2003. In July of this year he had heart surgery and contracted pneumonia. A heavy smoker for years, Eddie only recently shared the news a month ago that he had cancer. A mere 20 days after that reveal, he passed away at age 70. Cheers to the life and career of Eddie Mahoney today, a music staple for the last for decades.

FTC: Social Security is not trying to take your benefits
Not-so-free trials and tribulations