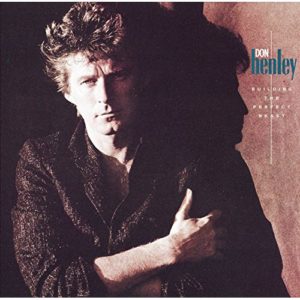 What if I told you there is one man responsible for winning eight Grammy Awards? Not only that, would you guess that this person won six with a band and two solo? Would you be able to guess who solely based on that description? (And are you tired of my rhetorical questions?)

Donald Henley was born in northeast Texas in the small town of Linden. Growing up in a very working-class family, there was no learning instruments and getting connected with music at a young age. When he got to high school, he wanted to be a part of the football team (it is Texas after all). But due to Don’s smaller build, his coach didn’t feel he was a good fit for the sport. Refusing to give up on finding an extracurricular, he joined the school band instead.

Starting with trombone and moving to the percussion section, Don scratched the surface of his passion. He would go on to attend college but leave school to tend to his father dying from heart disease. During college, a band he and a couple of high school friends started even got noticed by legend Kenny Rogers. But, after the death of one of the members in a car accident and subsequent arguments, the band broke up in the early ‘70s.

Moving out to L.A., Henley met Glenn Frey and formed a backup band for Linda Ronstadt’s tour. This would ultimately become the catalyst of forming the band we all know today as the Eagles. After just over a decade and an incredibly successful career, the Eagles broke up and Henley ventured solo.

Today I’m listening to his sophomore solo effort, Building The Perfect Beast which was released in November of 1984. It was an instant success, spawning three major singles and being critically regarded as the smoother, more adult-oriented sound of Henley’s career. Henley collaborated with a veritable “who’s who” of rock stars and bands for this record, including parts of Tom Petty and the Heartbreakers, Fleetwood Mac and featuring Randy Newman and Belinda Carlisle. It would go on to sell nearly five million copies worldwide and Henley would win the Grammy for the single “The Boys of Summer.” In 1989, Rolling Stone magazine labeled this #73 of the Top 100 albums of the 1980s.

It’s sort of natural to think if you like the sound of the Eagles, you’ll enjoy Henley’s solo work. However, the sound is really quite a bit different. If the Eagles were a ‘70s rock staple, Henley’s solo stuff is a much more pop/contemporary sound of the ‘80s. While the Eagles certainly had their share of soft rock tracks, the way Henley composed and wrote them on his own simply have a different vibe— whether that’s a good thing or not depends on your musical tastes. Even if neither the band nor the solo artist may make it to the top of your playlist, there’s no denying their talent or influence on the industry.

Some of the songs on Building The Perfect Beast, like the title track, are those kooky 80’s standards, but when you follow it up with a radio icon track like “All She Wants To Do Is Dance”—it’s easier for forget about the flubs.

Henley continued to do solo stuff through the 80’s until the Eagles reunited in the mid-90’s. He would switch back to solo, and then back to the Eagles and when Glenn Frey passed away last year, the Eagles hung it up for good. If you stacked up Henley’s career against any 70’s lead, he matches up pretty well against anyone. Nearly 175 million albums sold between the two tells you all you need to know. On that note, you may be the last person to buy this on Earth, but hey, it’s only $5 bucks.