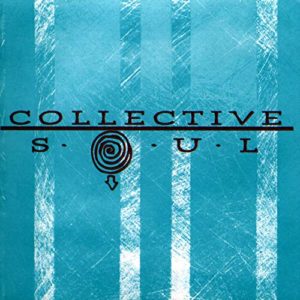 There are those bands that maybe weren’t the most iconic of their generation, but they are acts everyone knows. One day you realize they’ve been making music for almost twenty years, and you toss on an old record and jam away to their tunes. Today’s featured act checks all those boxes and has sold millions of albums on top of it.

Ed Roland studied music composition and guitar at Berklee College in Boston, Massachusetts. He got involved in Atlanta’s underground music scene since the ‘80s making demos and performing. He worked at a studio where he’d meet the future bassist of the band. After recording a couple solo demos, he realized he needed help.

Ed recruited a keyboardist, drummer, and bassist to play with him at clubs. Simply called “Ed-E” at the time, the group became relatively known in the area. When that effort ran its course, he formed another band called Marching Two-Step and opened for many established acts that came through Atlanta. While they didn’t hit it big, they made some great connections—some would become the final pieces of the band, and another would be the group’s eventual Grammy Award-winning producer.

In 1992, with a new line-up and now calling themselves Collective Soul, the group made a basement demo tape with the intention of selling the songs to a publishing company. The local Georgia State University radio station got the tape and played the single “Shine” which instantly became a listener favorite. Atlantic Records took notice and offered the shiny new band a deal.

Atlantic wished to capitalize quickly on the local success, so they released Collective Soul’s debut record right away in early 1993. The album went double platinum within a year, and the band was riding such a bolt of lightning, they even got invited to Woodstock ’94.

Today I’m listening to their sophomore effort, simply titled Collective Soul and released in March of 1995. The band actually considers this their true debut, since the first album was really only meant to be a promotional work. Ed concludes, “This is our first record, flat out—it’s like comparing one band to another band.” Regardless of release intricacies, the album spent 76 weeks on the Billboard 200 charts, spawned five popular singles and has currently sold nearly 10 million copies worldwide. For a band with these accolades, you’d have expected them to head up a tour. Not in this case. They opened for Van Halen for a few months and then played some festivals.

Although there were some mixed reviews, this album was generally very well-liked by critics. Some commented about the lack of original sound, but Collective Soul was doing melodic rock probably better than anyone else at the time. It got your toes tapping and you turned the volume up in the car and sang along. And when they decided to toss a ballad in there—“The World I Know”—it went on to become one of the most-played songs in the history of television, cinema, and advertising.

While it seemed the band had everything going for them, in the background there was turmoil. The group ended up in a public split from their manager and embattled in a lawsuit, resulting in cancelling their tour dates. But, instead of sitting on their hands, the band got into the studio and began working on their next record. Collective Soul now has ten commercial releases and has sold somewhere in the neighborhood of 25 million albums.

At a time when alt rock was all you heard on the radio; Collective Soul was something different. They were a unique sound when a lot of bands tended to sound the same. They’ve gone through a myriad of lineup changes since but are still out there cranking out tunes and touring all over the country. Give this one a shot today, it just might gel with the rest of your Tuesday. Enjoy!

It’s that time of year—sun outage season
NCPW: A great excuse to refresh your memory and learn new things