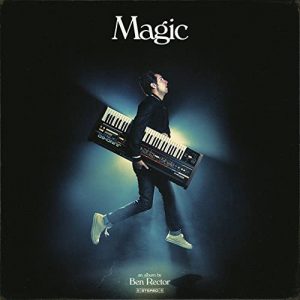 Many CTT readers are like me in that music has major influences in life. It can comfort you in the bad times, get you pumped up for something exciting, or turn your bad day around when life feels like too much. Today’s post is dedicated to a friend of mine who passed last week. Hopefully this music will help comfort his family as much as it will for me.

Benjamin Evans Rector was born in November of 1986 in Tulsa, Oklahoma. As a child, Ben took piano lessons but never felt eager to dive into the business. It wasn’t until high school he picked up a guitar, which led to songwriting, that he began to reconsider. Ben graduated from Tulsa’s Metro Christian Academy in 2005, and then from the University of Arkansas in 2009, with degrees in business and marketing.

During his freshman year at the latter, he released a self-titled EP that featured the single “Conversation”. The tune went on to win grand prize in the pop category of the John Lennon Songwriting Contest in 2006. He was the youngest person to win the award for that category. Because of the prestige, the EP started gaining notoriety in the surrounding states and Ben began touring on weekends and during breaks from school. Two years later, Ben released his first full-length album and, shortly after finishing college, moved to Nashville to pursue a career in music full time.

After moving, Ben got picked up by a smaller, independent label and began making some noise. He started touring with acts like Five for Fighting, Train, and Colbie Caillat. His fourth studio release even broke the top 50 of the Billboard 200, which is no small feat for a pop/indie folk act. Today I’m fast forwarding a bit, to his seventh studio release titled Magic which hit shelves in June of 2018.

Magic marked Ben’s first release with a new label, OK Kid Recordings. The lead single “Drive” caused the album to debut at No. 1 on the Billboard Americana/Folk chart and eventually peak at No. 2 on the Independent Albums chart. Perhaps most shockingly, even hit No. 44 on the overall top 200 as well. Ben went on a nationwide tour from September of 2018 through early 2019—his biggest to date. Somehow, he even won a Daytime Emmy Award for an appearance on Pickler and Ben.

This type of folk pop has always been a guilty pleasure of mine because the songwriting isn’t purely about putting out another tune. Instead, the lyrics make you sit down and contemplate what you just heard and relate it to your own life. Some tracks on this album are a bit more playful and upbeat, but overall it still gives you vibes of intimate, personal songwriting that makes the genre so special.

Perhaps my personal favorite is the song “Old Friends.” It’s ripe with exact feelings and memories you have if you have a special bond with someone from childhood—finding their house with your eyes closed; remembering their old landline phone number to this day; and simply being kids and just living life not worrying about what was next. A similar sentiment shared in the track “Kids”. It laments how sometimes you lose touch due to stupid reasons, but how great it is when you rekindle those lasting relationships.

Vocally, Rector is up there with just about any of the modern folk artists I can think of. I don’t really have a quick comparison off the top of my head, maybe a Blue Merle or Aqualung fits into that category, which are also some great albums to check out if you haven’t already. While writing this tribute post isn’t something I ever wanted to do, I hope it serves as a reminder for us all to hold close those we hold dear and reach out if only to check in. It might just make someone’s day who has been struggling lately.

No one knows you like they know you, and no one probably ever will.
You can grow up, make new ones, but truth is there’s nothing like old friends.