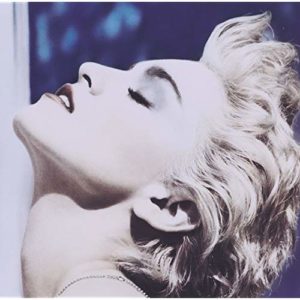 If I haven’t made it clear by now, I love talking music. With anyone, anywhere, anytime, anyplace. Even about artists I don’t know, or maybe don’t celebrate as much. Over the weekend, somehow a certain artist came up who might be the most well-known female in music history—and I realized I’ve never blogged about her (and don’t tell anyone, but truthfully, don’t know much about).

Madonna Louise Ciccone was born in Bay City, Michigan in 1958. Dad worked as an engineer for General Motors and she was named after her mother. She went by “Little Nonni” around the house and had five siblings. Mom passed away from breast cancer when Madonna was only five years old. The kids rebelled against anyone replacing their mother, but their dad remarried three years later and had another two children. Madonna resented her father for it and began disobeying him.

In spite of the challenges, she was an outstanding student and always felt she wanted to achieve more, and make something of herself. Eventually, she took classical piano lessons and dabbled in ballet. She became so good; she earned a dance scholarship to the University of Michigan where she studied over a summer. In ’78 she dropped out and left for New York City with $35 dollars and a dream.

After waitressing and being a backup dancer, she met a musician named Dan Gilroy. They formed a rock band where she sang, played drums and guitar. Eventually going solo, she got a small record deal with Sire Records in the early ‘80s. Her debut record came out in ’83 and was modestly received. One year later her sophomore album was released, and it was certified diamond—and the world began to take note of Madonna.

Today I’m listening to her third studio release, True Blue, which came out in June of 1986. The album is dedicated to her husband at that time, famous actor Sean Penn. The direction was a major departure for her, incorporating classical music to engage an older audience skeptical of her style. A few tracks also have a Cuban influence, and feature different instruments. The album was an immediate success. It reached #1 in 28 different countries around the world and was the best-selling album of the year and is the best-selling album of the ‘80s by a female artist. It currently sits at a hair over 30 million copies sold worldwide.

It’s been said this is the album that created “Madonna the Superstar.” She was everywhere—not just on your local radio, but all over television and featured in films. Sure, there was all sorts of controversy about her and her provocative nature. Speaking her name sparked outrage, created debates—but when the day was said and done Madonna also got great reviews and people respected her music.

From my perspective, her music is undoubtedly pop, but it’s got a bit more depth than your standard top-40 radio. This is probably makes her so unique—you can’t really quite put your finger on it, but you know her music different. A few tracks on this album have that sort of signature ‘80s synth, but even with that cheesy signature, it’s still an upbeat, bubbly album overall that gets your toes tapping. Since this is the first album of hers I’ve ever listened to, I’m not sure how much the style varied over the years, but starting with her best-selling record of all-time has me off to a good start.

With over 300 million albums sold over her career, Madonna is the best-selling female artist of all time. She’s been involved in musicals and dabbled in acting—she’s done just about everything. Currently living in Portugal, Madonna’s releasing another album in June of this year with a Portuguese influence (she just dropped one of the tracks in mid-April called Medellin). She’s influenced SO many young female artists, and if a Mt. Rushmore for music existed, no doubt she’s on it. I don’t need to keep preaching to you, open your heart to this one today. It almost certainly will cure your Tuesday blues.