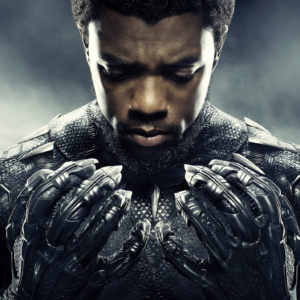 Marvel Studios is having quite the run of success of late. “Thor: Ragnarok” was a commercial and critical success. And “Avengers: Infinity War” is currently burning up the box office. To fuel the superhero frenzy, we have the wildly successful “Black Panther”—which has earned over $1 billion worldwide—coming to TDS TV on Demand. Additional films available this month include the war flick “12 Strong,” plus “Peter Rabbit” which the kids will love. And finally, for those looking to get more of Christian Grey and Anastasia Steele, we’ve got the final chapter in the “Fifty Shades” trilogy.

One of the best Marvel film made to date. “Black Panther” avoids the fate of many super hero flicks, which tend to get bloated by special effects and generic characters. Instead, it relies on a compelling and contemporary story, good action sequences and just the right dosage of humor. The film centers around the struggle for power between T’Challa (aka Black Panther) and his rival, Erik Kilmonger, in the isolated—but technologically advanced— nation of Wakanda. Chadwick Boseman is very good in the title role, but it is Michael B. Jordan as the film’s villain (Kilmonger) who really steals the show. The powerhouse cast includes Lupita Nyong’o, Martin Freeman, Angela Bassett, Forest Whitaker and Andy Serkis.

There’s not a lot to say about the “Fifty Shades” films. You’re either in for the ride or have bailed (or never gotten aboard). For this third and final film in the series Ana and Christian (Dakota Johnson and Jamie Dornan are back) are now married, but new forces emerge that threaten their happiness. As before, this is not for the kids (or anyone who blanches at adult-related subject matter).

Jim Carrey plays against type in this grim, dark mystery thriller. As a Polish detective on the brink of retirement, Carrey becomes embroiled in a murder case. Beware as “Dark Crimes” is glum and disturbing and depressing. However, if it sounds like your cup of tea—go for it. Carrey does a good job as the sullen, desperate and lonely cop who risks it all to find the truth.

The story of U.S. Special Forces sent to Afghanistan immediately after the 9/11 attacks. Chris Hemsworth commands the American team that must work with a local leader to capture the important city of Mazar-i Sharif from the Taliban. While sporting a few too many cliches for its own good, “12 Strong” is a tense, well-executed action film that tells a unique slice of history. In addition to Hemsworth, the excellent cast includes Michael Shannon and Michael Peña.

Lively, funny, sweet and irreverent—“Peter Rabbit” is a manic children’s film about a rabbit and his battles with Mr. McGregor. With a winning mix of live-action and computer animation, “Peter Rabbit” may be a bit crazy for adult, but the kids should love it. The voice cast is highlighted by James Corden as the film’s hero.