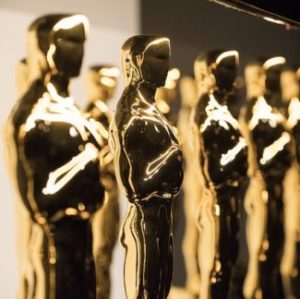 The Academy seems to continue to create its own controversy. After criticism about a lack of female and people of color representation in the nominations, there seemed to be an improvement over the past few years. This year’s nominees, however, seem to reflect a return to the same old, same old.

There are lots of well-known names—talented actors, actresses, directors and producers who you’ve heard of before. You won’t see many new names; no women directors were recognized; and there’s a general lack of diversity in some of the highest award nominations. The Academy says they are doing things to improve, and to be fair, they’ve expanded the Oscar voters and added more nominees to the Best Picture category, but clearly more work needs to be done.

Last year’s big controversy surrounded Netflix and the film distribution system that the industry has had in place for years. Should Netflix even be nominated for best film, since they stream their content? That issue seems to be settled. This year Netflix has about 14 nominations, including two for Best Picture. While they may not come out big winners, they’ve proven to be a powerhouse in Hollywood.

So who is going to win?

TDS employees and award-winning filmmakers in their own right, Patrick Brazier and Kris Schulz, talk about their favorites for each category. Like many of the actual Oscar voters, neither one has seen all of the movies or performances they’ll be discussing.

Okay, let’s break down some of the categories. Remember, many of these films are available on TDS TV Video on Demand or will be soon.

Patrick: Lots of established actors, that’s for sure. I think Joaquin Phoenix will win for his performance in Joker.

K: I think so too. This might be one of the few Joker wins, though I’d like to see Adam Driver win for Marriage Story. I think if he doesn’t win this year, he’ll be there soon. Best supporting actor?

P: I’ve always been a fan of Anthony Hopkins (The Two Popes), but that’s more the person I’d want to win. Probably Brad Pitt for Once upon a Time…in Hollywood.

K: Yes, I think he’ll finally get one—the “it’s their turn” Oscar. He’s a good actor, but not sure this was his best work. I think he’ll get it though. It would be nice to see Tom Hanks win again—it’s been 20 years since his last Oscar, and I thought he was excellent in A Beautiful Day in the Neighborhood.

K: OK, I’ll start for best actress. All sources point to Renee Zellweger winning for her performance in Judy. I’d like to see Saoirse Ronan finally win, after being nominated 4 times now.

P: Zellweger has been winning all of the awards so far, so she has to be the favorite.

K: For best supporting actress, I think Scarlett Johansson in JoJo Rabbit might win. She’s nominated for both best actress and best supporting, so I’m going with the odds there.

P: Who I’d like to win isn’t even nominated! I thought Awkwafina should have been recognized for her performance in The Farewell. She did win a Golden Globe for that. But, I think it will be Laura Dern (Marriage Story) who walks off the stage with the Oscar. That could be the best award for a Netflix movie all night.

K: I think the awards have been going to Missing Link, though, from Laika Studios. I thought they should have won a few years back for Kubo and the Two Strings, so this might be a “make-up” win for them.

P: I’ll be happiest if it isn’t a sequel winning but something original.

K: Okay, cinematography. Some big films in this one. I thought The Lighthouse looked the most interesting, from what I saw. This was the one film I thought would have received more fanfare this year, to be honest.

P: Yes, but 1917 was made to look like a single continuous shot. It’s been done before by big Oscar winners, namely Birdman, but to do something like that for a war movie? Crazy!

P: Agreed. It would really stir things up if a foreign film took best Director home. I’d love for Parasite to win Best Picture overall and show that filmmakers anywhere can win. I really see Little Women as a dark horse too—perhaps to make up for Greta Gerwig not being nominated for Best Director. I think this could be a win for Once upon a Time…in Hollywood though.

K: I’d also like to see Parasite win Best Picture, though I think the Academy really likes war movies, so I’m going with 1917. I don’t think this is the year Netflix wins Best Picture. The Academy isn’t ready for that.

Which movies and performances do you think will be the winners? Feel free to share you picks in the comments.