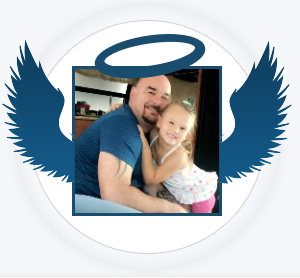 By Guest Blogger on November 9, 2018 in News, Online Life

Earlier this month, one TDS employee participated in a 24-hour gaming marathon to raise money for charity. That’s right. Doug Gilbertson, Network Specialist at TDS Telecom, is an avid supporter of Extra Life, a 24-hour fundraising and gaming marathon that supports Children’s Miracle Network Hospitals across the country.

Seven years ago, Doug participated in his first Extra Life event after a friend invited him to join. Inspired by the wave of support people in the gaming community showed towards sick children, Doug has continued to participate in the event every year, serving as the team captain for a gaming community that he has built, owned, and operated since 2008.

“It was awe-inspiring to see how the money we raised was used and hear the stories of the children who have benefitted from the care provided by Children’s Miracle Network Hospitals,” Doug said. “As both a father and a grandfather, it’s reassuring to know that there are places children can go for help if they’re in need of medical care, regardless of their family’s ability to pay for it.”

Every person who participates in the event has a choice of which Children’s Miracle Network Hospital they want to represent. Since Doug’s team is made up of people from all over the United States, everyone usually chooses to support a location that’s close to where they live. For Doug, that’s Children’s Hospital of Wisconsin.

For the gaming marathon, Doug says his team usually plays online games that are team-based, like Destiny 2, Fortnite, or Call of Duty. His team members stay in contact throughout the event by using headsets and their Discord Channel. Doug also streams his game play on Twitch, as do many of the other participants.

“I’m not an amazing gamer in regards to skill, so people who watch tend to talk a little trash on the Twitch chat board which is entertaining and fun,” Doug said.

According to Doug, one of the most common questions he gets asked is “What is it like gaming for 24 hours?” Doug equates the experience to a runner who participates in a charity run.

“The adrenaline rush and personal satisfaction they feel from running for whatever cause they’re representing is the same feeling I get when I game for this event. But instead of lacing up our shoes, we’re powering up our gaming systems, putting on our headsets, and grabbing our controllers,” Doug said.

At 44 years old, Doug says that gaming for 24 hours is not an easy task for him (although some of the younger participants probably feel the opposite), but he says the time passes quickly when you have a team gaming with you because the comradery helps keep your adrenaline up and the conversation keeps things fun.