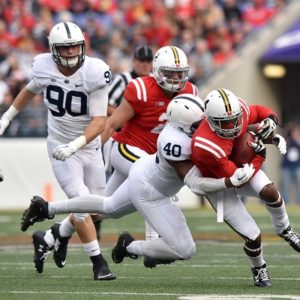 College football season starts on Saturday—have you done your research and made your predictions for which teams will shine this fall?

Earlier this year, ESPN posted the “Way-Too-Early Top 25” college football teams. We’ve looked at the top six teams a little closer to see what is behind their rank.

Fortunately, you don’t need to travel to all the games to keep up-to-date on the college football season because tuning into ESPN during the fall will do this for you. Check the schedule to see when your team is playing, and where you can access it.

Morgan is a Communications Intern at TDS Telecom and a junior at UW-Madison studying journalism.

How to recover from a successful scam
Cheap Tunes Tuesday: Matchbox 20