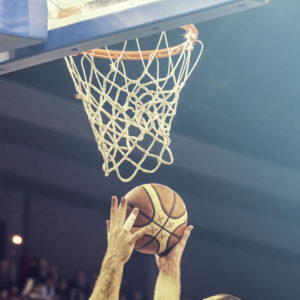 When, where and how to watch the 2017 NCAA Tournament

The teams have been selected, the brackets are set, and the 2017 NCAA Men’s Basketball Tournament starts this week!

Games officially begin tonight with the First Four, and Thursday through Sunday brings the avalanche of hoops action known as the First and Second Rounds.

The Final Four is scheduled for April 1 (no foolin’), and a national champion will be crowned April 3. Here’s a full schedule of the games.

And below is a roundup of the different ways you can keep up with the action.

WATCH ON TV
All games will be broadcast on CBS and the Turner family of networks: TNT (100/1100HD), TBS (102/1102 HD) and TruTV (130/1130) HD. CBS will carry the Final Four games and the national championship game. Check your channel lineup to make sure you know where you can find CBS on your TV.

The content can be viewed via desktop, iOS, Android and Windows phone and tablet apps. This year, the tournament will also be accessible via Amazon Fire TV, Apple TV, Roku, Google Chromecast and, for the first time, Amazon Alexa devices and Xbox.

Read more about all the viewing options for the tournament here and here. This Lifehacker guide to streaming the games across all devices looks pretty helpful, too.

Now that you’ve got all that squared away … let the madness begin!

2 Responses to When, where and how to watch the 2017 NCAA Tournament