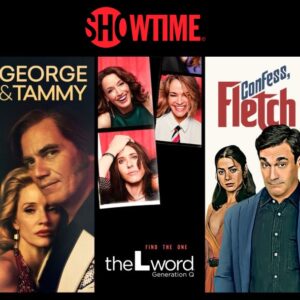 TDS and SHOWTIME team up for free preview Dec. 9-13

As we near the holiday season, spend time with friends and family catching up on the latest SHOWTIME® original series and movies. Take this opportunity to enjoy the SHOWTIME free preview from Dec. 9-13, 2022.

Here are some suggestions on what to watch:

Everything Everywhere All At Once
When an interdimensional rupture threatens to unravel reality, the fate of the world is suddenly in the hands of a most unlikely hero: an overwhelmed immigrant mother. As bizarre and bewildering dangers emerge from the many possible universes, she must learn to channel her newfound powers and fight to save her home, her family, and herself. Stars Michelle Yeoh and Jamie Lee Curtis. 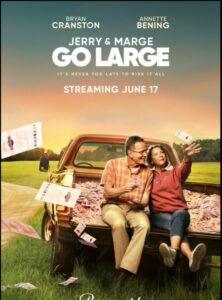 Jerry & Marge Go Large
The remarkable true story of how retiree Jerry Selbee discovers a mathematical loophole in the Massachusetts lottery and, with the help of his wife, Marge, wins $27 million dollars and uses the money to revive their small Michigan town. Stars Bryan Cranston and Annette Bening.

Gangster Squad
In the mood for action and intense drama? Ryan Gosling and Emma Stone bring this corrupt mob story to life as two LAPD outsiders come together to destroy the history of drugs, guns, prostitutes, and corruption from the hardened streets of Chicago.

Matt Rogers: Have you heard of Christmas?
The yuletide musical extravaganza you’ve been waiting for. Sharing stories tailor-made to get you in the spirit and performing an original set of soon-to-be-classic songs from a new Christmas album that no one asked for, Matt Rogers is the complete package. Featuring performances and comedy sketches with special guest stars, it’s a holiday tradition with ho, ho, ho for everyone.. 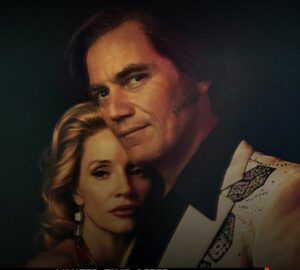 George & Tammy: Premiering Dec. 4, this new series follows the life of country music power couple George Jones and Tammy Wynette. Academy Award Winner Jessica Chastain and Academy Award Nominee Michael Shannon dazzle in an authentic portrayal of this complicated but lasting relationship. Inspiring some of the most iconic country music in history, theirs stands as one of the greatest love stories ever told.

Let The Right One In: While Halloween has passed, vampire stories are still all the rage. Life drastically changed for Mark and Eleanor when she became a vampire. Now 10 years later, they’ve returned to New York City from a life on the run with hopes of finding a cure. Their lives become deeply intertwined with relationships both past and present as we see how far one will go for those they love.

Your Honor: Bryan Cranston stars as a New Orleans judge who is forced to confront his own deepest convictions when his son is involved in a hit and run that embroils an organized crime family. As a storm of vengeance, lies and deceit threatens to engulf the entire city, Judge Michael Desiato faces a series of increasingly impossible choices and discovers just how far an honest man will go to save his son’s life. From the producers of The Good Wife and The Night Of. Catch up on past episodes now before the new season premieres on Jan. 13, 2023.

Yellowjackets: Loosely inspired by a true story, this series mirrors Lord of the Flies as a team of high school girls’ soccer players are forced to battle the elements and one another when their plane crashes in the remote wilderness. Told from the girls’ perspectives in both the past and present, the secrets of what really happened out in the wild threaten to be revealed.

Disclaimer: The .99 cents/month SHOWTIME and THE MOVIE CHANNEL offer ends 12/31/22. Offer valid for new SHOWTIME subscriptions only. Promotional price valid for three months. After promotional period, current rates apply. HD channels require a subscription to the appropriate premium channel package. Local and state sales tax and other fees, charges, and restrictions may apply. SHOWTIME and related marks are trademarks of SHOWTIME Networks Inc., a Paramount Company. To be a registered user of SHOWTIME ANYTIME, you must meet the following criteria: (1) you must reside in the U.S.; (2) you must be one of up to five members of a household with an account in good standing with your participating provider; and (3) your household must subscribe to SHOWTIME through your participating provider. To register, you will be required to enter the credentials that you have established with your participating provider for accessing SHOWTIME ANYTIME and provide certain additional registration details. The primary account holder established with your participating provider must register for the Service before any sub-account holder may do so. No more than three members of a household are permitted stream content at any one time.

SHOWTIME and related marks are trademarks of Showtime Networks Inc., a Paramount Company. Individual programs, devices and marks are the property of their respective owners. All Rights Reserved.

How to watch the US soccer team in the World Cup on Saturday
Streaming Tunes Tuesday: Ultra-Lounge: Christmas Cocktails

One Response to TDS and SHOWTIME team up for free preview Dec. 9-13