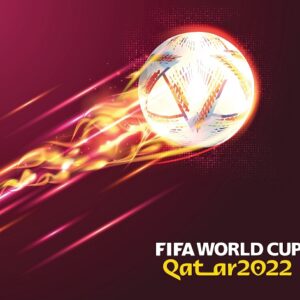 The United States finished second in Group B, which pits them against the Netherlands, the winners of Group A. The game is scheduled for Saturday, Dec. 3, at 9 a.m., CT.

The 2022 FIFA World Cup will be broadcast live across FOX Sports (FOX and FS1) in the English Language as well as on Telemundo in Spanish. All games will be played live on the FOX and FOX Sports App. NBC’s streaming platform, Peacock, will also offer live streams of all 64 World Cup matches.

This is the first time the World Cup will be played in the winter, due to the high heat during the summer months in Qatar. The 2022 FIFA World Cup finals will be held on Dec. 18.

Reminder: TV Everywhere is included at no cost with every TDS TV and TDS TV+ subscription. With TV Everywhere, you can watch the FIFA World Cup and your favorite shows and events on your internet-connected devices. Away from home, all you need is Wi-Fi access and you could be watching TV while waiting for an appointment or wherever your day takes you. (Need a TV Everywhere, On Demand, and streaming explainer? We’ve got you covered.)