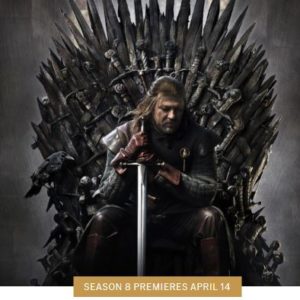 HBO and Cinemax on sale for 50% off

Don’t miss the final season of HBO’s Game of Thrones (it starts this Friday!) and explore the new martial-arts drama, Warrior, on Cinemax by subscribing today to both of these great channels for half the price. Check out original series and movies and add both HBO and Cinemax to your TDS TV package and pay half price.

The epic fantasy series Game of Thrones will return for its six-episode, eighth and final season April 14, 2019. Need a refresher course on seasons 1-7 and its 67 episodes, HBO is the place to catch up on the characters that sacrificed for the Iron Throne.

Don’t miss these amazing series on HBO including:

Featured movies on HBO now include: Deadpool 2, Won’t You Be My Neighbor?, and Uncle Drew.

Strike Back returns in 2019 with a storyline filled with more adrenalized action and heart-pounding suspense than ever before. Follow the actions of Section 20, a secretive unit of British military intelligence. A team of special operations personnel conduct several high risk missions across the globe.

2 Responses to HBO and Cinemax on sale for 50% off