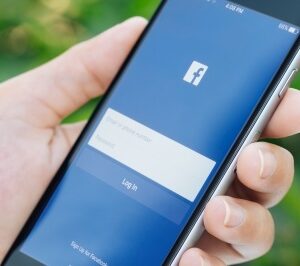 What to do if you’ve been catphished

While many of us laughed at Notre Dame’s football player, Manti Te’o for falling in love with a fake girlfriend back in 2012, the scam he fell for may be more common than we ever imagined. It is now estimated that one out of every ten online social media profiles are fake—and with the increase in social media use and online dating, there’s more opportunity than ever to find victims.

To combat this kind of scam you need to do two things: be aware of what to look for, and know what steps to take if you accidentally fall victim.

“Catphishing” is defined by the Merriam-Webster dictionary as “a person who sets up a false personal profile on a social networking site for fraudulent or deceptive purposes.”

Unlike simply “phishing” scams, in which scammers solicit though a wide range of fraudulent activities online—such as fake emails—catfishing is more personal and targeted. It is often referred to as a “sweetheart scam” because the imposter will often attempt to develop a romantic relationship before often asking for money or help.

Catphishing doesn’t have an exact formula, but many incidents have followed a similar path. A catphisher will often create an online persona across multiple social media outlets. A relationship will then develop between the catphisher and the victim over a long period. There is really no singular motive for a catphisher, however some include loneliness, blackmail, unrequited love, and to extort money.

As mentioned before, not all catphishing scams follow the same path. But here are a few ways to detect one if you think you or someone you know may have encountered a catphisher:

What to do if you are a victim of catphishing?

There are two victims of catphishing: those who fall prey to the catphisher, and those who have their identity taken.

If you have fallen prey to a catphisher here are some steps you can take:

If you believe your identity has been taken by a catphisher, here‘s what you can do:

Catphishing is yet another reason to conduct a regular privacy check-up and to never give away personal information online. While the internet provides an abundance of good for us all, ignorance is definitely not bliss—being aware and proactive is the best way to avoid a variety of online traps, including catphishing.