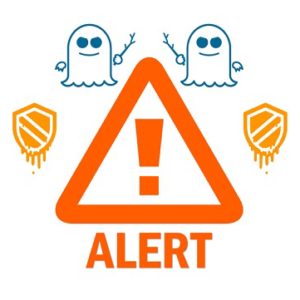 What you need to know about Meltdown and Spectre

With news ranging from accusations of insider trading to an Intel chip bug impacting billions of devices, you’ve probably heard about Meltdown and Spectre over the past week.

Meltdown and Spectre are names given to two different security bugs found in June of 2017 by Google. These bugs are far-reaching and impact a wide-range of computers, mobile devices and servers across many operating systems, such as iOS, MacOS, Android, Blackberry, Linux, and Microsoft.

Google has been working with various companies, including Apple, Microsoft, and Intel, to quietly release updates to fix the bugs, but the news leaked early. They planned an announcement for January 9 but it was released to the public earlier than expected on January 3.

Here’s what you need to know:

Meltdown is hardware vulnerability that impacts almost every Intel processor built within the past 20 years (Intel says since 1995). If exploited, it could allow an attacker to gain access to and read the computer’s memory without needing special permission. This means that if you accidentally download malware or click on a bad link, cyber criminals could steal sensitive information (e.g., passwords) from your computer’s memory without needing administrative privileges.

It’s worth noting that Meltdown has only been proven in the lab. So far there is no evidence anyone has actually used it…yet. Now that the news is out, experts expect it’s only a matter of time before criminals find a way to exploit these weaknesses.

Spectre is a related, but different attack impacting almost all processors including Intel, Qualcomm, AMD, and ARM.  Spectre, if exploited—and there have been two known attack strategies so far—allows an attacker to read memory from the current process, not all memory on a computer like Meltdown.

While that may seem less scary, it’s not. Spectre works by tricking processors into executing instructions they should not have been able to. This means that just visiting a bad website could lead to someone stealing your passwords or session information.

What you do at home

Updates are still coming out and will be for months, but we’ve gathered the advice hitting the press so far (including PCWorld, Business Insider, CNN, How To Geek, TechRadar, and ZDNet) into one spot.

Here are five steps you can take to help combat these Meltdown and Spectre:

One more thing before you go: Whatever actions you take today, there’s probably more to come. These bugs are so deeply set into the core of today’s computer systems, running updates and patches need to be part of your routine home security strategy moving forward.

Want  to know more?  Here is some further reading in addition to the links included above:

Written by B. Murray with Missy Kellor