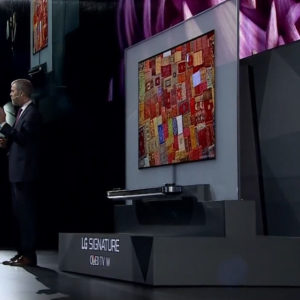 The Consumer Electronics Show (otherwise known as CES) is half over! Reminder: that’s the global tradeshow where companies come to unveil their new electronic gizmos big and small (and occasionally also strange). With all the reveals, today’s roundup is devoted to highlights from the show.

Wallpaper-like TV
Check out the photo above: it’s a TV that is so thin—only 2.57mm thick—you can hang it on your wall using magnets. It true and it’s LG’s new and fancy option available in a 65-inch 4K Ultra HD set and also a 77-inch version. These wallpaper TVs (they’re called LG Signature OLED W <– which stands for “wallpaper”) have built-in Wi-Fi and HDMI ports, so they connect to all your other tech. So far, no one has said anything about price or when you can hang one of these on your own wall

For more about TVs released at CES, The Verge is keeping a running list with details. 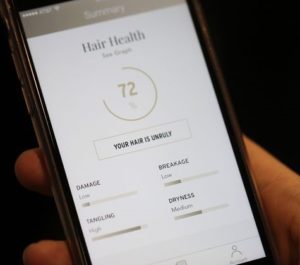 L’Oreal’s hairbrush is smarter than you
Apparently you’ve been brushing your hair wrong all this time. L’Oreal and Withings have paired up to create a smart brush (with corresponding app, of course), so you can do a better job. It’s called Hair Coach, and it has every sensor in the book embedded in it. The goal is to help you have healthier hair by giving you feedback and product suggestions (The Verge reports it will even tell if you your hair is “unruly”—nice). For $200, you can have your very own potentially-insulting hair brush sometime mid-year.  (Image: Lauren Goode/The Verge)

Avoid your cat for a month
The inventors of the Catspad say their smart assistant will help you take care of your cats.

If you love your cat, you’ll have more time to snuggle. But if you hate your cat, since you can put in a month’s worth of food and water, now you can avoid him/her more easily. The feeding/watering system has an app so you can see how much your cat is eating (each cat gets identified by its microchip or a provided collar tag), program a food and water schedule, and get notified when the unit is running low on supplies. It’s launching as a Kickstarter for $228, if you want your own. 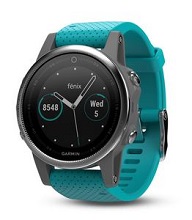 Garmin is thinking about women
They are, but in a non-stalkery way. The fitness tracking company has unveiled the Fenix 5 – a wearable that does lots of stuff, but is available in a smaller form with women in mind (interesting fact: apparently they skipped Fenix 4 because it’s an unlucky number in Japan. Who knew?). The face of the Fenix 5 is 47 millimeters (vs. 51 on the last model). The Fenix 5S is only 44mm, so it’s a better fit for lots of ladies. Now, if you’re Sylvester Stallone, you can sign up for the 5X is, as wearable.com said, “a beast” and the largest of the bunch at 51 mm.  The 5 and 5S will set you back $600, and the 5X is $700. (Image: Garmin) 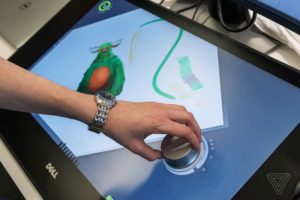 Dell’s Canvas isn’t a kind of fabric
It’s also not a computer. Instead, it’s a monitor…kinda. It’s an 27” extra monitor designed to lay on your desk and get drawn on using a stylus. It’ll plug into any PC and, like the Surface Studio (which IS a computer), it comes with a puck you can put on the screen to get additional menu options (check out The Verge’s photo). If you’re an artist, it might be the next thing on your want list. It’s coming at the end of March and no price has been set, but CNET heard it’ll be less than $2K. 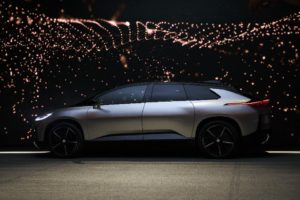 Look fast to see Faraday Future’s new ride
Faraday Future is a startup looking to take on Tesla with its own awesome electric vehicles. They were founded in 2014 and showed off their first production car at CES—their 1,050-horsepower FF 91. The company says it’ll go 0-60mph in 2.39 seconds (translation: that sucker is FAST #whipflash). According to Forbes, the car upstart received 64,124 orders soon after, which is only interesting because the car is expected to cost around $180,000 (gulp!). Buyers will get their car in 2018. 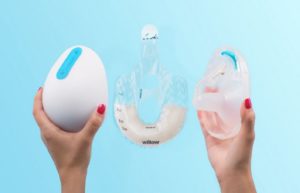 Pumping for the modern era
In my experienced mom opinion, this product could be a game changer. There’s a new breast pump in town that, from the looks of it, is brilliant. Willow is relatively quiet, cordless, discrete, and frees up your hands. It’s a two-piece teardrop-shaped device that tucks into your bra and collects milk in a pouch that’s inside. There’s an app too, that will track how much was pumped and when. It’s not going to come cheap, mind you ($430) but it’s not like others are a whole lot less. Watch for it this spring.

Resolve to save money on Showtime
Savvy Spending: 5 Easy Ways to Cut Costs in 2017