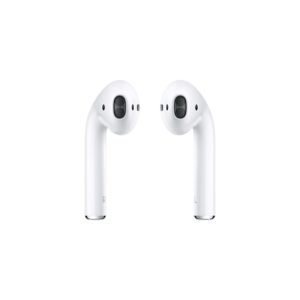 Catch some air on Monday
Apple AirPods, that is. Rumor has it Apple’s wireless ear “pods” will be available in stores on Monday. They were available online on the 13th, but supplies are/were very limited (with six-week shipping times). Given the demand online, you might want to scoot to your nearest store early – they may sell out in store, too.

Et tu, Verizon?
Even Verizon—the lone cellular provider holdout—is now saying they’re going to roll out the Samsung Note 7 update that, essentially, kills the phone. On January 5th, well after the holidays, Verizon will push the update which stops the phone from charging and also disables the wireless radio. AT&T is pulling the trigger the same day, with Sprint following on the 8th. T-Mobile is going first, taking action on December 27th.

Hold off on that Apple Watch update
If you haven’t downloaded the new Apple Watch software—good! The relatively minor update is reportedly bricking people’s watches (to the point they have to return them to the store).

Amazon is drone-ing on
Literally, in this case, since Amazon made their first customer delivery via drone. It took just 13 minutes for the package to go from the warehouse to the customer a few miles away. The tests will continue with packages under five pounds (which apparently 87% of all Amazon deliveries are). Check it out:

One BILLION Yahoo accounts hacked
No, that’s not a typo. And you already know if you logged into your Yahoo account and saw an urgent security message. The bummer part is, the hack was in 2013 but we’re only learning about it now (that’s not a typo either). If you haven’t changed your password in the last few years, do it now. And, it would be smart to follow these tips for what to do if you’re a victim of a data breach.

Super Mario beats out Pokémon
The new app Super Mario Run, which hit the stores yesterday, has reportedly been downloaded 2.85 million times. Believe it or not, that beats out Pokémon Go – by a lot. It helps that Run was more widely available, but it’s safe to say it’s a hit. If you haven’t tried it (or even if you have), Forbes has “5 Things I Wish I Knew When I Started Super Mario Run.”

Speaking of Pokémon…
Now you can catch more – this week Pokémon Go introduced new pocket monsters. I haven’t had time to play, but apparently they include Pichu, Togepi and others from Pokémon Gold and Silver. You won’t find them in the wild. Instead, you need to hatch them from eggs.

Evernote backtracks
The note app updated its privacy policy this week and made a LOT of people mad. It stated you couldn’t opt out of Evernote employees reading your notes. Yes, you read that right. Their goal was to improve machine learning analysis, and assured folks that personal info would be scrubbed…but it didn’t really make users feel any better. In response to the outcry, Evernote backtracked and said they won’t implement the policy, will be proposing a new one soon, AND will get community feedback before it’s launched. Probably a smart move.

Don’t chuck that Pebble just yet
The smartwatch Kickstarter was recently bought by Fitbit for $40 million and many feared their Pebble would quickly become a brick. Well, rest a bit easier—the company is saying Pebble services and software will remain in up and running through 2017. It’s a safe bet they’re not going to do much with it (nor probably developers), but hey, at least it’ll work…for a year. (Full disclosure: I have a Pebble Round that I only recently replaced with an Apple Watch [1st gen at a price I couldn’t refuse!]). 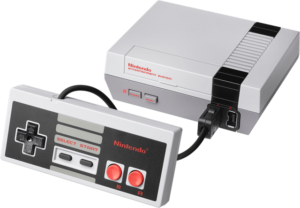 Nintendo can’t sell Wii Us, but they can sell NES Classics
Nintendo sold almost as many NES units in three months as they sold WiiUs in six months. According to The Next Web, that’s 196,000 units (vs. only 220,000 of their other console). Given that it’s selling out as soon as stock arrives, it’s not looking good for your odds of finding any time soon (sorry.)