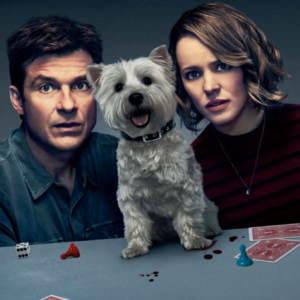 The summer months are upon us, and TDS TV on Demand has a wide variety of films on the docket for your enjoyment. First up, for the adults there is the wickedly fun comedy “Game Night,” followed by the Jennifer Lawrence espionage thriller “Red Sparrow.” Next on the list is the trippy science fiction flick, “Annihilation,” starring Natalie Portman, plus “The 15:17 to Paris,” the true story of three Americans who thwarted a terrorist attack in France. And finally, we can’t forget the kids, and for that we have the charming “Early Man.”

Jason Bateman and Rachel McAdams are an ultra-competitive couple who routinely hold ‘game night’ at their home. However, when someone arranges an interactive role-playing mystery game, they—and two other couples—don’t realize what they are in for. Instead of a typical event, a twisted ‘game’ of kidnapping begins. Only, what is a game and what isn’t? The result is a wickedly fast and funny movie full of twists and turns. The film is greatly aided by the wonderful performances by the two leads.

“The 15:17 to Paris” tells the true story of three young Americans who thwarted a terrorist attack on a train bound for Paris. The film traces the lives of the men, including their childhood struggles, their friendship, and the events leading up to the attack. But in a unique twist, director Clint Eastwood has cast the real-life heroes in the movie—playing themselves. The result is a lean, straight forward film that is a bit slow-paced at times, but honest and authentic.

“Red Sparrow” is an espionage thriller that mixes in lots of sex and violence (and for good measure, more violence). Jennifer Lawrence is excellent as the ‘Sparrow’— a Russian agent who specializes in manipulating others to get what she wants. The film is convoluted and excessively violent at times, and could use a bit of levity, but fans of spy movies should enjoy the entire affair. The outstanding cast includes Lawrence, Jeremy Irons, Joel Edgerton, Charlotte Rampling and Mary-Louise Parker.

This latest from Aardman Studios, which is responsible for such stop-action films as “Chicken Run” and “Shaun the Sheep,” is a wacky and enjoyable tale that will please the kids. The movie pits a tribe of simple early men and women against the encroaching Bronze age people. The films features Aardman’s typical off-kilter British humor and signature stop-action animation. The voice cast includes Eddie Redmayne, Tom Hiddleston and Maisie Williams.

Let’s be upfront about this: “Annihilation” is one of the more thoughtful and mind-bending science fiction films to be made in recent years. The film stars Natalie Portman as a biologist that signs up for a dangerous mission into a mysterious zone called ‘the Shimmer’ where the laws of nature don’t apply. This is an intense, scary survival film that is equal parts intriguing and unsettling and challenging. In addition to Portman, the cast includes Oscar Isaac, Benedict Wong, Jennifer Jason Leigh and Tessa Thompson.

What’s Up With My Wi-Fi?
Cheap Tunes Tuesday: Kid Rock