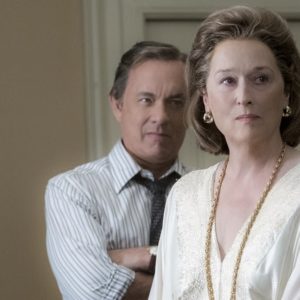 The Post, Maze Runner and Paddington coming to TDS TV on Demand

This week on TDS TV on Demand we have one of the most celebrated films of 2017, Steven Spielberg’s riveting “The Post.” For more action and thrills, there’s the third (and final) “Maze Runner” film, Liam Neeson’s latest thriller “The Commuter,” and the western “Hostiles.” As for the kids, we have the charming “Paddington 2,” a deserving family film based the classic children’s books.

Smart, suspenseful, and expertly crafted, “The Post” tells the story of the Washington Post’s battle with the U.S. government to publish classified documents detailing the nation’s 30-year involvement in Vietnam. Directed by Steven Spielberg, the film is headlined by Meryl Streep—playing Post owner Kay Graham—who risks her family’s newspaper in the search for truth. The rest of the cast, especially Tom Hanks as editor Ben Bradlee, is first-rate. “The Post” was nominated for for two Academy Awards, including Best Picture and Best Actress (Streep)

Liam Neeson is back in another entertaining thriller that he has become so well known for. In his latest flick, Neeson plays a financially struggling man who—on his daily commute home on the train—is offered a lot of money to do ‘just one small thing.’ The result is a taut mystery that morphs into an action movie. The plot has too many holes, and the special effects are lacking, but things click because of the film’s expert pacing and Neeson’s workmanlike performance.

In last days of the American west, a soldier (Christian Bale) is given one final task before retiring: he must escort an ailing Cheyenne chief (Wes Studi)—a man he hates —to his ancestral home in Montana. “Hostiles” is a revisionist western, both slow and somber, revealing a world of violence and anger and hatred—as well as forgiveness and redemption.

The “Maze Runner” films have never been the favorite of the critics, but they have proven to be entertaining and successful. This latest entry is no exception. In the third, and supposedly final episode of the series, our heroes must break into the legendary last city and rescue the children who are being experimented on by the bad guys. If you’ve enjoyed the other “Maze Runner” films, you don’t want to miss this one.

Need a charming kids film? If so, “Paddington 2” is perfect. The movie is sweet and funny and smart—not bowing to cynicism and potty jokes that dominate many of today’s children’s features. This time around, Paddington must find out who stole an antique book that he wanted to buy for his beloved Aunt Lucy for her 100th birthday. “Paddington 2” is the rare sequel that is just as good as the original. It’s a wonderful film for the entire family.