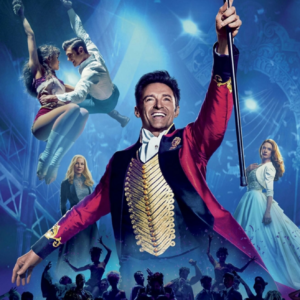 The life of one of America’s great showmen—P.T. Barnum—tops the list of new films coming this month to TDS TV on Demand. In addition to the Barnum biopic, there are pair of acclaimed crime thrillers, “All the Money in the World” and “Molly’s Game.” And if you’re in the mood for a winning drama, there’s the “Phantom Thread,” starring the great Daniel Day Lewis in his last role. Finally, if you’re looking for some old-school action we’ve got for you the Taraji P. Henson flick “Proud Mary.”

The life of American showman P.T. Barnum gets a “Moulin Rouge”-type treatment—splashy musical numbers mixed with all the best cliches about show business. And that’s not a bad thing. “The Greatest Showman” works because of its earnest and exuberant sincerity—highlighted by Hugh Jackman—who really carries the movie on his charismatic shoulders. The talented cast includes Jackman, Michelle Williams, Zac Efron and Zendaya.

Aaron Sorkin’s latest film is based on the true story of Molly Bloom, an Olympic-class skier who ran one of the most exclusive high-stakes poker games in the country. Jessica Chastain – who plays Bloom—is outstanding, while Sorkin’s dialogue is whip smart and the plot zips along at a brisk pace. The strong supporting cast includes Idris Elba, Kevin Costner and Michael Cera.

ALL THE MONEY IN THE WORLD
Available April 10. Rated R.
Copyright Sony

Based on the true events of the 1973 kidnapping of 16-year-old John Paul Getty III—the grandson of the world’s richest man. The film centers around the struggles of the boy’s mother (Michele Williams) to raise the ransom to free her son—as well as the search for the boy by a Getty Oil operative (Mark Walhberg). “All the Money in the World” is a tense and engrossing thriller. Christopher Plummer is chilling as the miserly, distant billionaire who refuses to pay the ransom for his grandson’s release. Directed by Ridley Scott.

The action movies of the 70s get blended with “John Wick” and “Taken” in this familiar— but entertaining tale. “Proud Mary” is about a hit woman (Taraji P. Henson) who seeks to protect an orphan from the Russian mob. The film is a by-the-books action thriller boasted by a good cast—particularly Henson, who injects the role with appealing doses of charm and swagger and guns.

Award-winning period drama about a renowned dressmaker who finds his very carefully organized life disrupted by a charming young woman. The film, set in 1950’s London, is beautiful and elegant—but with an unnerving and dark undertone. For better or worse, “Phantom Thread” is not for everyone as the characters can be unsympathetic. But fans of Daniel Day Lewis—in his final role before retiring from acting—and director Paul Thomas Anderson won’t want to miss this engrossing tale.

All the Money in the World, Molly's Game, Phantom Thread, Proud Mary, The Greatest Showman