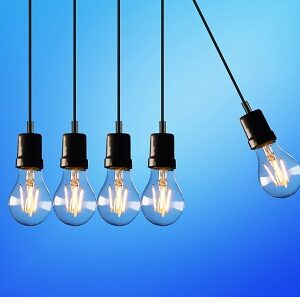 Here at TDS, we’re big fans of technology and gadgets—but we don’t love that they can be energy vampires.

Energy vampires are appliances or tech that continue to draw electrical power, even when they’re not being used. These power-sucking devices can be a hidden cause of higher energy bills. Even if it’s just a little power at a time, it adds up to big numbers—like up to a quarter of your electrical bill.

The Natural Resources Defense Council says that this power drain costs each American household about $165—or $19 billion nationally. If that doesn’t sound like much out of your own pocket, consider that in six years you will have spent an extra $1,000 on energy you didn’t even know about.

And then there’s the environmental impact. Reducing this passive energy use could prevent 44 million metric tons of carbon dioxide pollution (or 4.6 percent of U.S residential carbon dioxide emissions from electricity).

So what can to prevent the drain on the planet and your wallet? Here’s a list of simple and practical things you can do to put a stake through the heart of any energy vampire: