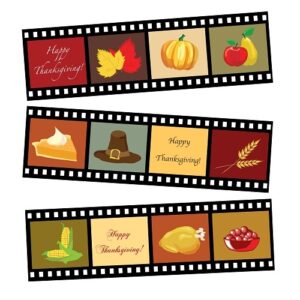 Thanksgiving and all its festivities are around the corner. What better way to celebrate the holiday than sitting back and relaxing with loved ones after a filling meal? Here are some of the best movies and television episodes that take place on Thanksgiving that you can watch with friends and family:

For when you have more time… 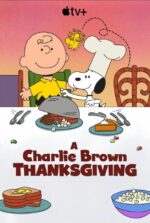 This 25-minute animated classic is a Thanksgiving staple. Charlie Brown learns the meaning of Thanksgiving as he celebrates the holidays with the Peanuts gang—playing football, eating a potluck feast, and spending time with friends. Watch on Apple TV+

“Planes, Trains & Automobiles” (1987)
A busy marketing executive, Neal Page (Steve Martin), wants to make it home for the Thanksgiving holiday when he is forced to travel with Del Griffith (John Candy), an irritating yet lovable salesman. Directed by John Hughes, this tale of two unlikely friends is sure to leave you smiling. Watch on Paramount+

While the Addams Family movies may be a more popular choice during Halloween, this sequel to the 1991 “The Addams Family” features one of the most notable movie scenes about Thanksgiving. Along with a group of outcasts, Wednesday Addams (Christina Ricci) wreaks havoc at the Thanksgiving Day play at Camp Chippewa. Watch on Paramount+ 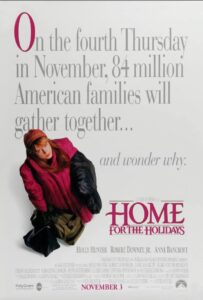 Single mother, Claudia Larson (Holly Hunter) is having a terrible Thanksgiving. She is fired from her job, and her daughter decides to spend the holiday with her boyfriend instead. However, by the movie’s end, Claudia comes to terms with her dysfunctional family and develops a more positive outlook on her life. Watch on Prime Video

“You’ve Got Mail” (1998)
This classic Nora Ephron rom-com features not one but two iconic Thanksgiving scenes. When Kathleen Kelly (Meg Ryan) learns that Joe Fox (Tom Hanks), whose family owns Fox Books—a mega bookstore chain, opens a new location just around the corner from her independent bookstore, she immediately dislikes him. However, these real-life rivals fall in love after chatting online using pseudonyms, highlighting that sometimes bonds can overcome any differences. Watch on HBO Max

“Little Women” (2019)
A retelling of Louis May Alcott’s “Little Women,” this 2019 adaptation captures the warmth and spirit of the four March sisters. Although it does not explicitly take place during Thanksgiving, this movie is set around the holidays and features many cozy scenes that will make you feel thankful for your loved ones. Watch on Prime Video

For when you need a quick pick-me-up… 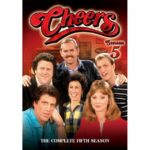 The Cheers crew all decide to meet up, surprisingly, outside of the bar for a Potluck Thanksgiving dinner at Carla’s (Rhea Perlman) new home that soon spirals into a messy food fight. This heartwarming episode shows viewers that family extends beyond blood. Watch on Hulu or Peacock

“Friends” Season 5, Episode 8: “The One with All the Thanksgivings”
Perhaps the most iconic television episode that takes place on Thanksgiving, this Friends features a look at some of the gang’s worst Thanksgiving memories throughout the years after Ross (David Schwimmer) complains he is having the worst holiday ever. Who could forget the vision of Monica (Courteney Cox) with a turkey on her head? Watch on HBO Max

“Full House” Season 1, Episode 9: “The Miracle of Thanksgiving”
Danny Turner (Bob Saget) is determined to give his family the best Thanksgiving after the loss of the Turner matriarch, Pam. However, when Danny’s mother cannot catch a flight to San Francisco to visit the family, it is up to Danny, Jesse (John Stamos), and Joey (Dave Coulier) to save the day. Watch on HBO Max

“How I Met Your Mother” Season 3, Episode 9: “Slapsgiving” 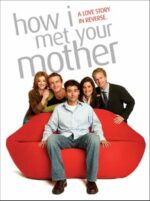 Marshall (Jason Segel) and Lily (Alyson Hannigan) host their first Thanksgiving dinner as a married couple. After winning a bet against Barney (Neil Patrick Harris), Marshall gets to slap him five times as a prize, much to the annoyance of Lily. Meanwhile, Ted (Josh Radnor) and Robin (Cobie Smulders) navigate their feelings after breaking up. Although this episode is sure to elicit some laughs, it also pulls at viewers’ heartstrings. Watch on Hulu

“Gilmore Girls” Season 3, Episode 9: “A Deep-Fried Korean Thanksgiving”
Lorelei Gilmore (Lauren Graham) and her daughter Rory (Alexis Bledel) promised to be at four different Thanksgiving dinners. Chaos ensues as the duo tries to balance their obligations and spend the holiday with all their loved ones. Watch on Netflix

“Modern Family” Season 6, Episode 8: “Three Turkeys”
Phil Dunphy (Ty Burrell) and his son Luke (Nolan Gould) are tasked with cooking the Thanksgiving main dish while, unbeknownst to them, Claire (Julie Bowen) prepares a backup turkey. Meanwhile, Jay (Ed O’Neill) and Gloria (Sofia Vergara) decide to keep their vacation cancelation a secret from the others. These hilariously intertwined stories are sure to make you smile. Watch on Hulu

“The Office” Season 7, Episode 9: “WUPHF.com”
In an attempt to relive his childhood dream of being crowned Hay Festival King at the Thanksgiving festival, Dwight Schrute (Rainn Wilson) recreates Hay Place in the Dunder Mifflin parking lot. However, Dwight did not anticipate that Angela (Angela Kinsey) would meet her future husband in the process. Watch on Peacock 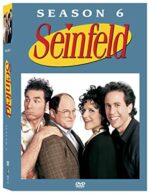 Elaine (Julia-Louis Dreyfus) wins her boss a spot holding Woody the Woodpecker in the Macy’s Thanksgiving Parade, George (Jason Alexander) buys what he believes to be Jon Voight’s car, and Jerry (Jerry Seinfeld) is the only one not invited to Tim Whatley’s (Bryan Cranston) Thanksgiving party. In true Seinfeld fashion, the episode is hysterically chaotic. Watch on Netflix

“This Is Us” Season 1, Episode 8: “Pilgrim Rick”
As is to be expected with this emotional series, this episode is incredibly touching. In a flashback, Jack (Milo Ventimiglia), Rebecca (Mandy Moore), and their three kids find themselves stranded on the way to Thanksgiving dinner. In the present day, the family gathers at Randall’s house for the holiday, where Randall discovers the truth about his past. Watch on Hulu