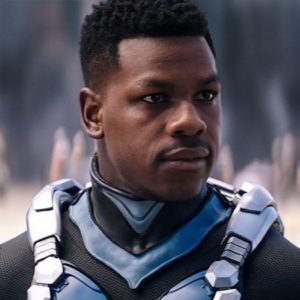 If you love battling robots and monsters, we have some fun for you. The science fiction epic “Pacific Rim: Uprising” headlines this month’s new films on TDS TV on Demand. And if giant creatures aren’t your cup of tea, we have a diverse set of dramas to satisfy everyone. There is the inspiring “Paul, Apostle of Christ,” the big-hearted “Woman Walks Ahead,” plus the revenge-fest that is “Tyler Perry’s Acrimony.” And finally, “Alex & Me” is the perfect film for any pre-teen girl in need of some encouragement.

It’s giant robots fighting giant monsters! We could have titled it “Power Rangers vs Godzilla.” And it’s a big, dumb mess of fun! John Boyega and Scott Eastwood are the heroes in this fight-fest as otherworldly monsters threaten to destroy the earth. If you’re not a fan of this kind of thing, pass on it. But if you liked the original “Pacific Rim,” this will thrill you as there are more monsters and bigger battles.

Thoughtful, well done tale about the life of Paul the Apostle. The film is respectful of its subject matter, but does not get too heavy handed. In the end, “Paul, Apostle of Christ” offers a nice mix of inspiration and drama, even if things are predictable. The cast includes Jim Caviezel, James Faulkner, Joanne Whalley and Oliver Martinez.

A teenage girl who dreams of playing soccer hits her head—and wakes up to find the poster of soccer superstar Alex Morgan has come to life and is there to train her. Let’s be straight—this is a girl power movie. It is silly and wholesome but it also is empowering and cute—perfect for the young lady of the house in search of some inspiration and a few smiles.

Taraji P. Henson plays a loyal wife who takes her revenge against her unfaithful husband. The film offers a slow burn of anger and resentment and jealousy that threatens to erupt at any time. Thankfully, “Acrimony” is a pot boiler that never takes itself too seriously. It’s silly and overwrought at times, but never boring, and Henson brings the lead role a heavy dose of bravado and respect.

Based on a true story, Jessica Chastain plays Catherine Weldon, a painter who comes to the Standing Rock Reservation in Dakota Territory to do a portrait Sioux chieftain Sitting Bull (Michael Greyeyes), but becomes embroiled in the Lakota people’s struggle to keep their land. While the film takes some serious historical licenses, it is beautifully shot and brimming with good intentions. While some will fret over the historical inaccuracies, “Woman Walks Ahead”—while a a bit bland—is well-crafted as well as engrossing.

Asked to pay a bill with a gift card? Don’t.
Cheap Tunes Tuesday: The Beatles