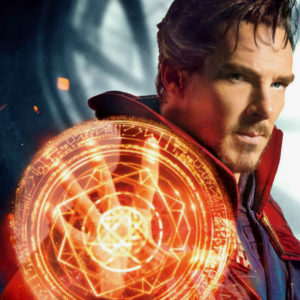 If you are looking to catch up with this year’s most critically-acclaimed films, you’re in luck as TDS TV on Demand is bringing a slew of Oscar-nominated films into your home.

Best Picture nominees coming out soon include “Hacksaw Ridge,” “Manchester by the Sea” and “Moonlight.” There is also Marvel’s blockbuster hit “Doctor Strange,” plus the romantic thriller “Allied,” each of which scored an Oscar nomination. And while it might not be nominated for any Academy Awards, if you’re in the mood for some debauched fun, enjoy the return of Billy Bob Thornton in “Bad Santa 2.”

“Bad Santa 2” is pretty much what you expect. It sports a talented cast (Billy Bob Thornton, Kathy Bates, Tony Cox, Christina Hendricks) reveling in booze, greed and nastiness. To the movies’s credit, it doesn’t shy away from going to the dark side, upping the stakes from the first film (which was already pretty darn edgy). Be aware that “Bad Santa 2” is not for the easily offended – or the kids.

The true story of army medic and conscientious objector who would go on to become a hero during World War II at the Battle of Okinawa. Andrew Garfield successfully carries a heavy load as the man who refuses to abandon his values in the face of so many obstacles. Directed by Mel Gibson, “Hacksaw Ridge” is loaded with tense and nerve-shattering battle scenes – so it is not necessarily for the faint of heart. The crowd-pleasing action film has been nominated for six Academy Awards, including for Best Picture, Actor and Director.

Oscar-nominated Casey Affleck delivers a powerhouse performance as an aimless young man who is suddenly forced to face the world when his brother dies, leaving him as the guardian of a teenage boy. “Manchester by the Sea” is original, daring and thought-provoking in ways you don’t realize until you have finished this brilliant offering. “Manchester” has been nominated for six Academy Awards, including for Best Picture, Actor, Supporting Actor, Support Actress, Director and Screenplay.

Searing, emotional drama that chronicles one’s man’s life – from childhood to that of a young adult – in a rough Miami neighborhood. “Moonlight” may be slow to some – but it is a beautiful and moving film – as well as painful. It is not a film you will easily forget. “Moonlight” has been nominated for eight Academy Awards, including Best Picture, Supporting Actor, Supporting Actress, Director and Screenplay.

“Allied” is an old-school romantic thriller that Hollywood used to make with regularity. Brad Pitt plays a Canadian intelligence officer who falls in love with French resistance fighter Marion Cotillard in Casablanca in 1942. The film has a luxurious look and feel – a throwback to the Golden Age of filmmaking. “Allied” meanders at times, but the attractive leads and the compelling story make for a solid outing. The film has been nominated for an Academy Award in the field of Best Achievement in Costume Design.

Engaging and likable superhero film about a neurosurgeon who discovers a secret world of mysticism and alternate dimensions. Benedict Cumberbatch is great in the lead – and the supporting cast, which includes Chiwetel Ejiofor, Rachel McAdams, Benedict Wong, Mads Mikkelsen and Tilda Swinton, is top notch. “Doctor Strange” is a smart film that doesn’t let the impressive special effects overwhelm the actors and story. It has been nominated for an Academy Award for Best Achievement in Visual Effects.